Brian steeps himself in Colombian coffee, sipping his way across the country

Quick backstory: Brian is a huge coffee snob. He has incredibly high standards for coffee. Never Starbucks. Never Dunkin (unless the only options are Starbucks and Dunkin). He spends the first 10 minutes of every morning making a pour-over coffee. He has multiple favorite pour-over recipes (which are combinations of water temperature, fineness of the coffee grounds, and amount of time the coffee blooms and steeps) that he varies based on what kind of coffee beans he buys. He also has multiple devices for making pour over coffee, and is currently traveling with an AeroPress. But one of his favorite activities of all is going to a cafe for a coffee.

Additional quick backstory: Tiffany never drinks coffee and is a wonderful wife for accompanying Brian to all of these coffee tastings. #HisHobbies4Her

Historically, Brian hasn’t really dug Colombian coffee. He’s more into the fruity, juicy notes in Ethiopian origins like Yirgacheffe. So on many occasions both prior to our trip and once in Colombia, Brian deflected questions about coffee tourism. No, we weren’t going to a plantation. No, we weren’t going to take a barista class. We planned to do what Brian also does when traveling - visit a bunch of cafes and try a bunch of coffee, with tempered expectations for the quality of cup.

The first cafe we visited was Amor Perfecto, a roaster in the Chapinero neighborhood, on the evening we arrived. First to note, it’s a beautiful space. And their equipment is beautiful. So Brian loved it at first sight. 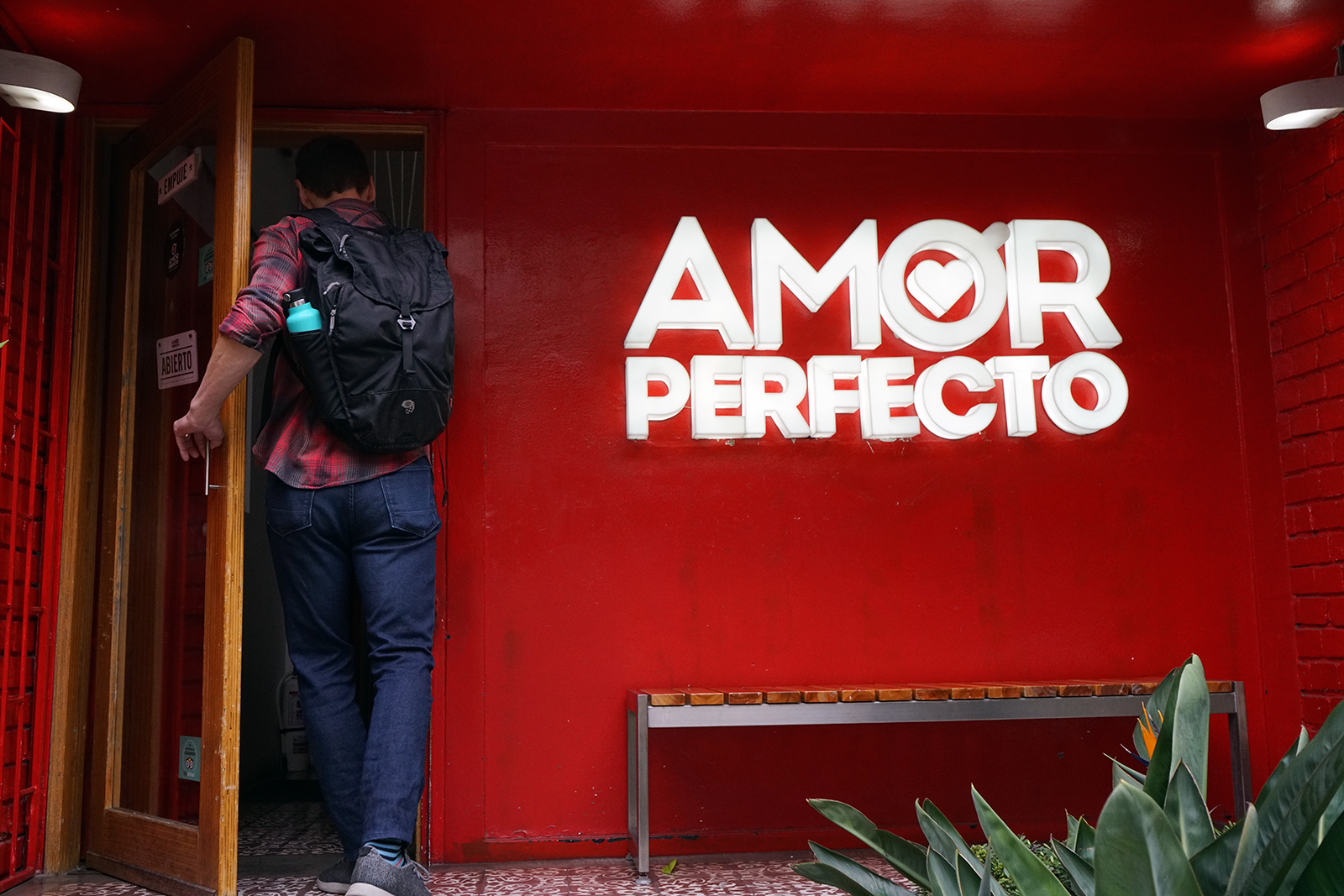 Then a barista welcomed us and interviewed Brian to help him decide on a coffee, starting with his preferred at-home brewing method (they offer just about every conceivable method), what kinds of flavor notes he likes, and then walked Brian through his options. They had about two dozen options for in-house roasted coffee, so it was good that the barista filtered the choices for Brian.

The coffee was simply amazing. Easily among the best Brian has ever had. There were complex fruit notes, just the right balance of acidity and bitterness. A truly special, highest category cup of coffee.

Even Tiffany tried a sip and enjoyed it -- or at least appreciated it. 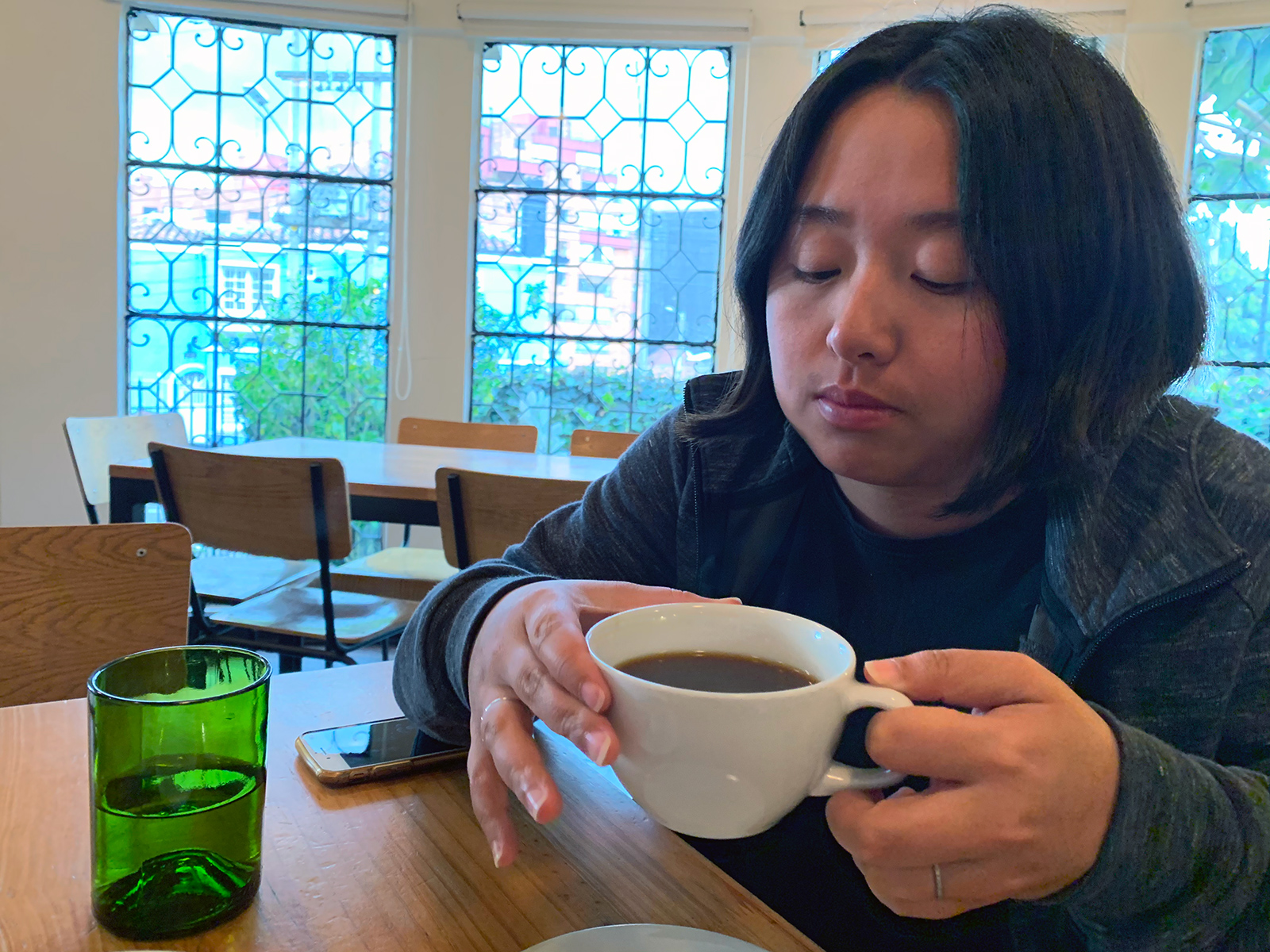 The baristas were extremely knowledgeable and patient, and were willing to talk through the AeroPress recipe they used so Brian could add it to his arsenal. Brian also got a bag of coffee to go and spent the next two weeks trying to replicate their magic at our Airbnb. And he did say it was some of the best coffee he’s been able to make at home.

We went back to Amor Perfecto towards the end of our time in Bogotá and discovered that not only do they make amazing hand poured coffee and espresso, but they also make what might be the best hot chocolate in the world -- no exaggeration. Drinking their hot cocoa is a revelation for what chocolate can taste like, with complex layers of flavor that unfold through a long finish. Our hot chocolate had notes of banana; not an artificial banana flavored candy, but a perfectly ripe banana. We think about that hot chocolate a lot.

We tried a variety of other cafes around Bogotá, Cartagena, and Medellín. Some were quite good. But none were quite as special as Amor Perfecto.

Another cafe that we particularly enjoyed was Azahar. We went to two locations in Bogotá - one in the touristy old town La Candelaria and the other in the hip yuppie neighborhood Usaquén. They offered a coffee flight to showcase the nuances in their source coffees. They were all very nice coffees, but not as good as Amor Perfecto.

One of our standby cafes was Varietale, which was on our walking route to and from our Spanish school. Varietale had a very strong patio game, and solid coffee. Not the best, but still very nice.

In Cartagena, we found a lot of highly Instagrammable cafes, with ok coffee. One highlight of the Cartagena cafes was witnessing some folks fresh off a cruise ship pay for their drinks using USD, and getting charged US prices (about 4X what ours cost). We also spent a quiet afternoon reading in a bookstore drinking cafe carajillo, coffee with the Colombian spirit aguardiente, which tastes strongly of fire with a hint of anise.

Finally, in Medellín, we found another terrific cafe, Pergamino Cafe. We visited on a Sunday morning and enjoyed the patio tremendously, until the store next door started bleaching the sidewalk. Thankfully, we had just finished our drinks, so we took that as our cue. Brian really enjoyed their AeroPress preparation and took some beans with us for brewing at home, along with a sticker. 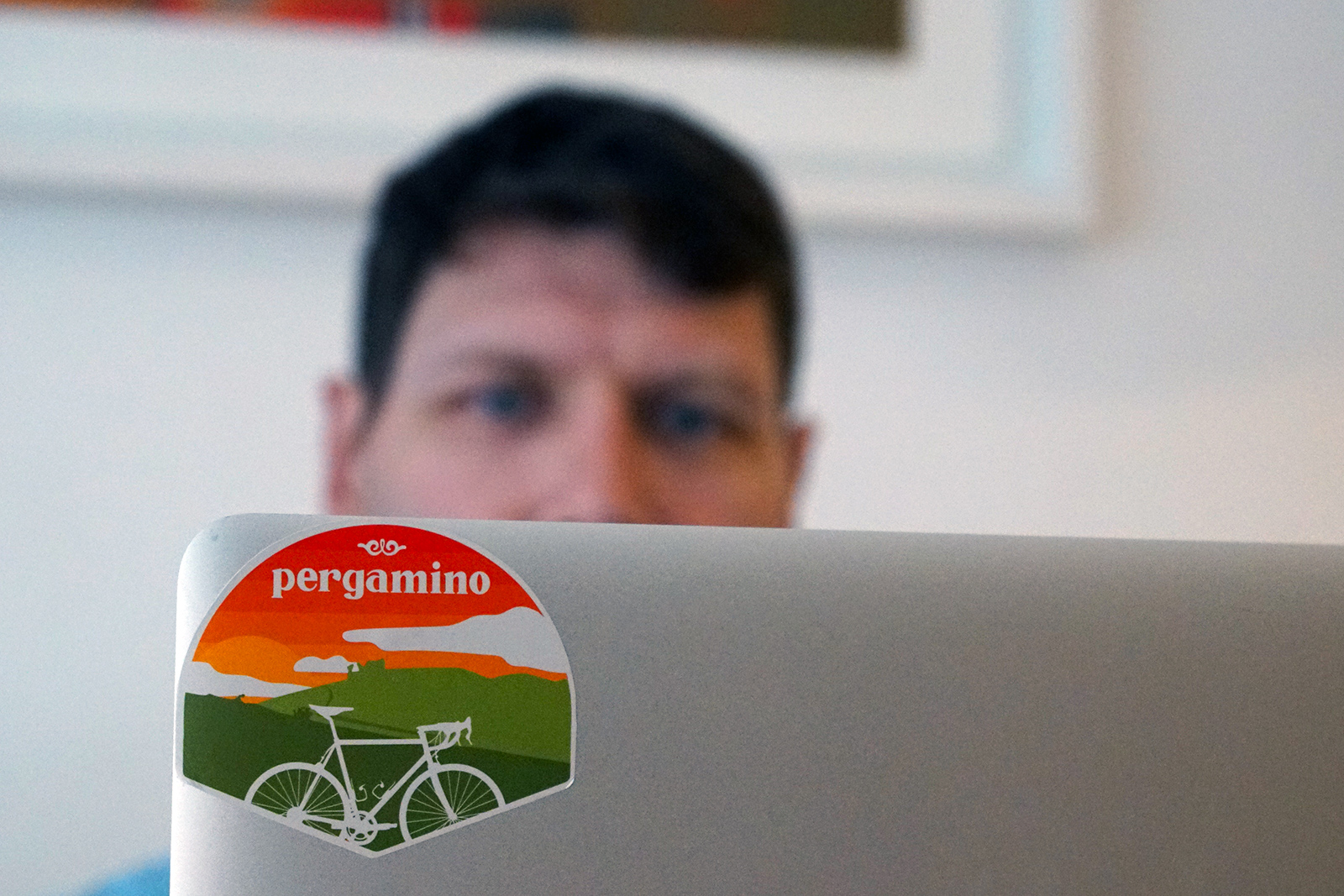 Overall, Brian was thoroughly impressed by the quality of coffee throughout our time in Colombia. Did this trip convert him to Colombian origin coffee?

“Maybe. Actually, probably not. I think I’ve had the best at Amor Perfecto, nobody’s going to do it better, so why chance it?”