Cycling with wild game and climbing a volcano

After spending about 2 weeks in Nairobi planning our India travels we spent our last few days in Kenya a couple of hours away from the capital around Lake Naivasha where there are two national parks. We chose these national parks partially because they were close to Nairobi but also because at Hell’s Gate you can do a cycling safari on your own since there are no big cats.

Crescent Island is an animal sanctuary along Lake Naivasha. Since there are no big cats in the sanctuary, you can walk amongst the animals.

The sanctuary is a little expensive. We were also paired with a tour guide who essentially babysat us and didn’t offer much information about the animals. He did, however, snap a few photos of us. 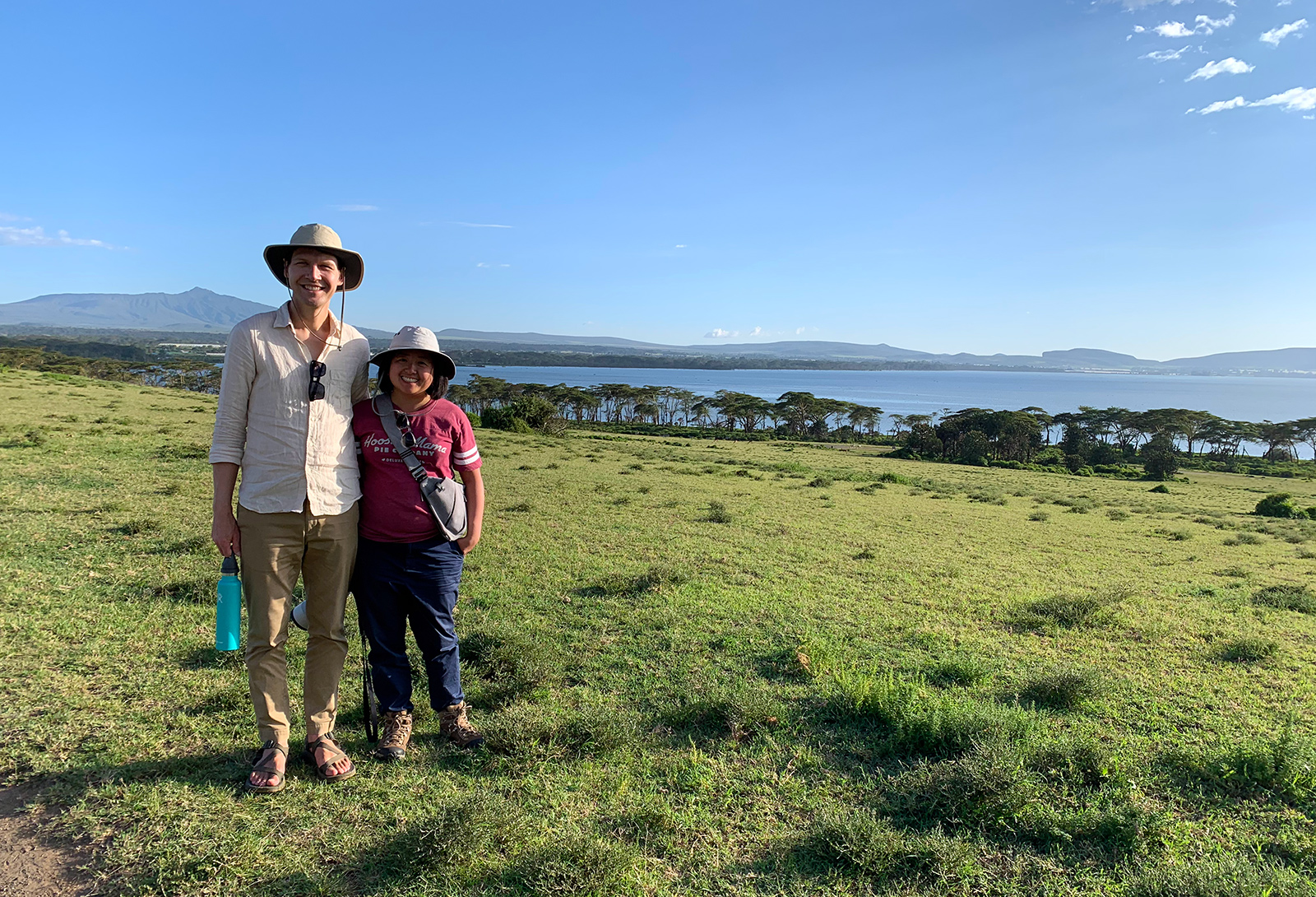 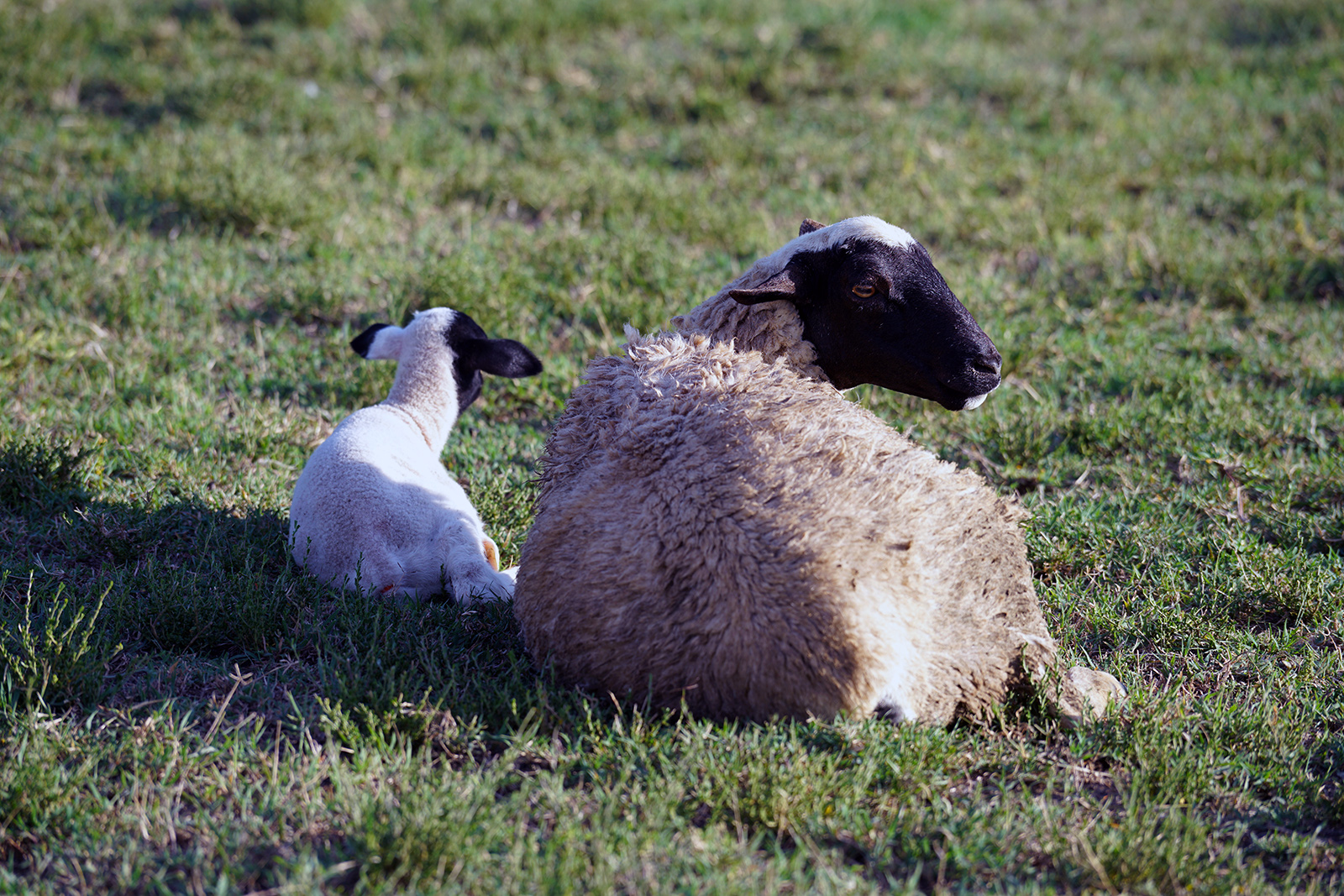 It was really cool to get out and walk, and to get up close and personal with animals we had previously only really seen from the comfort of a Jeep. 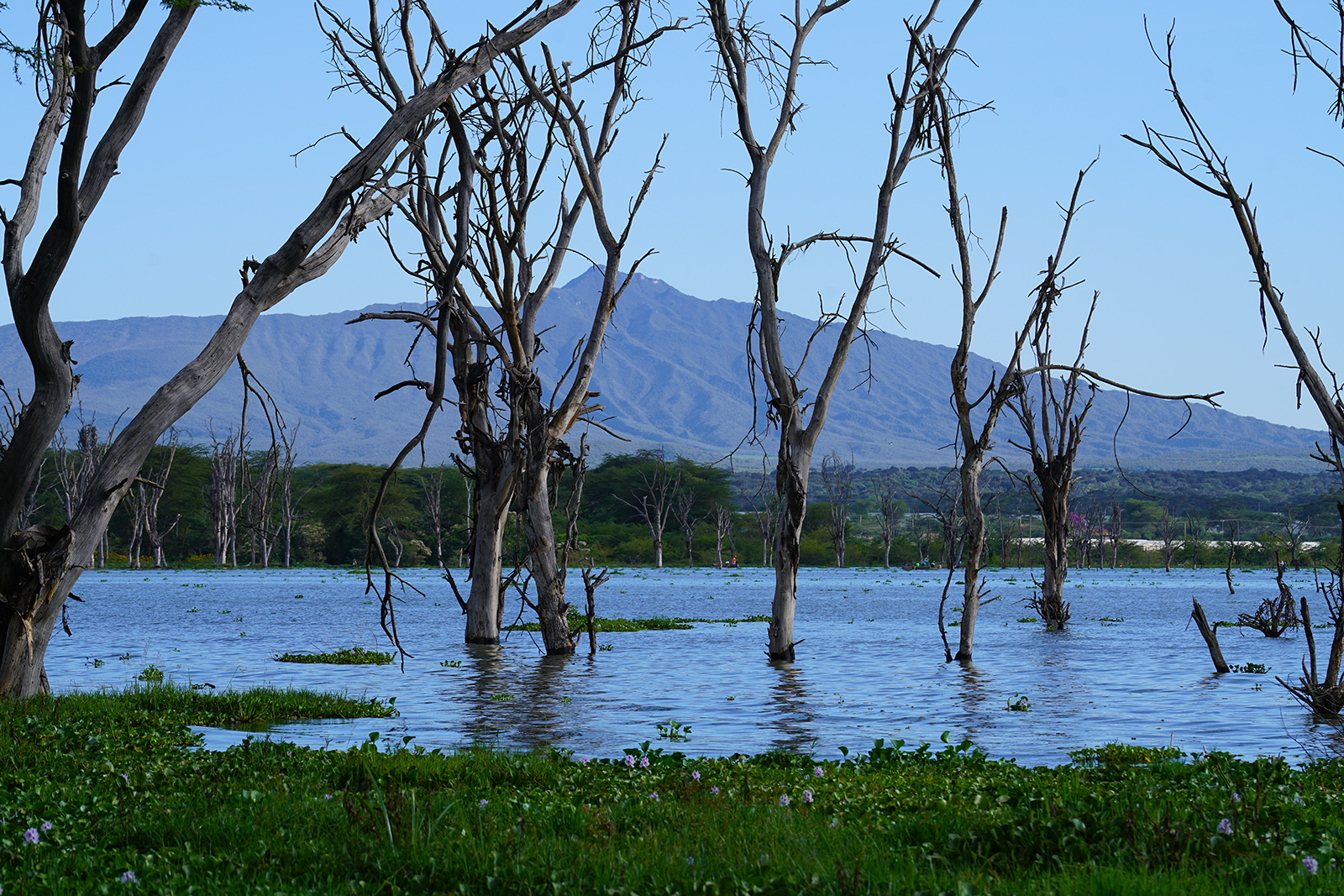 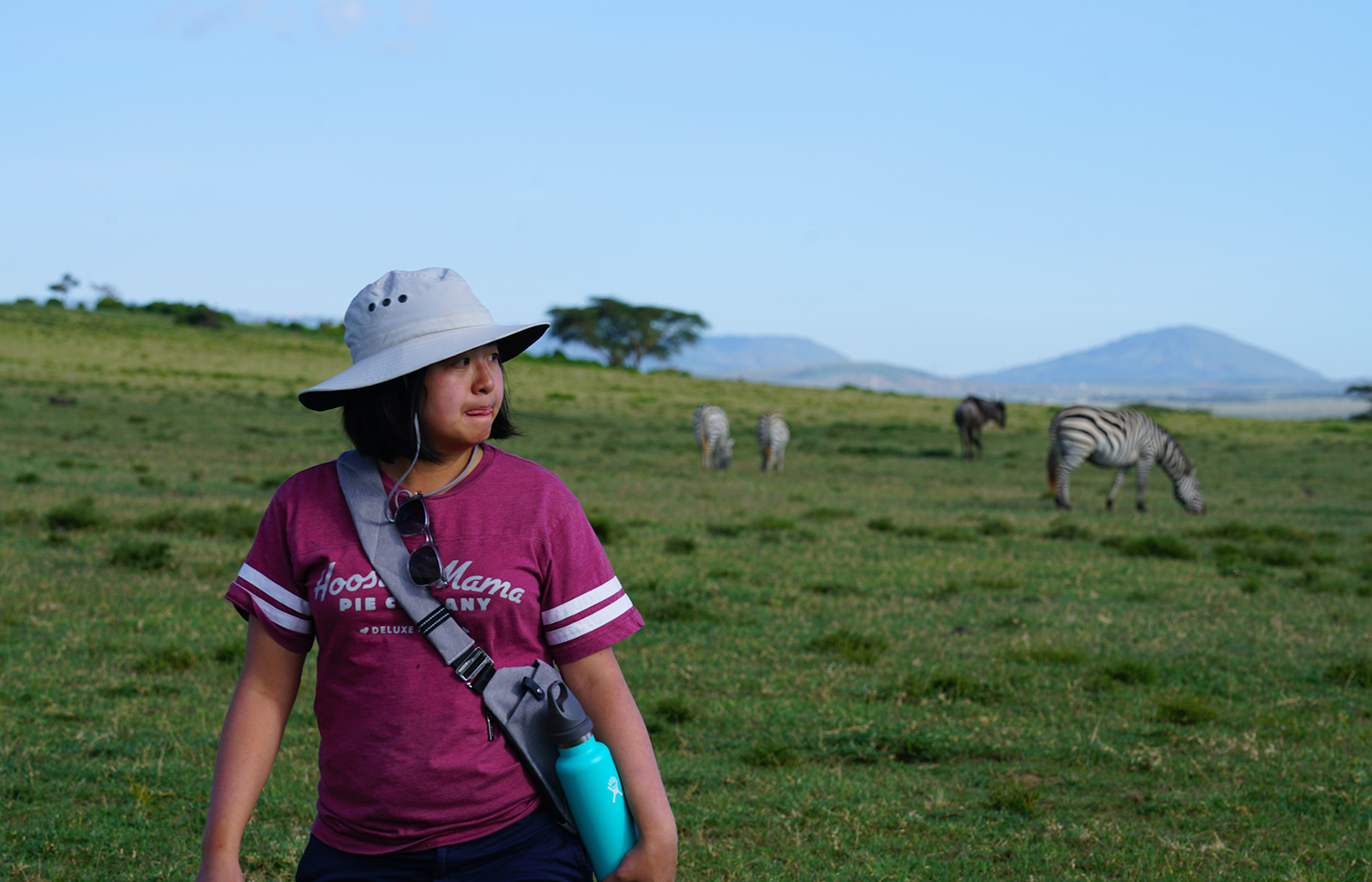 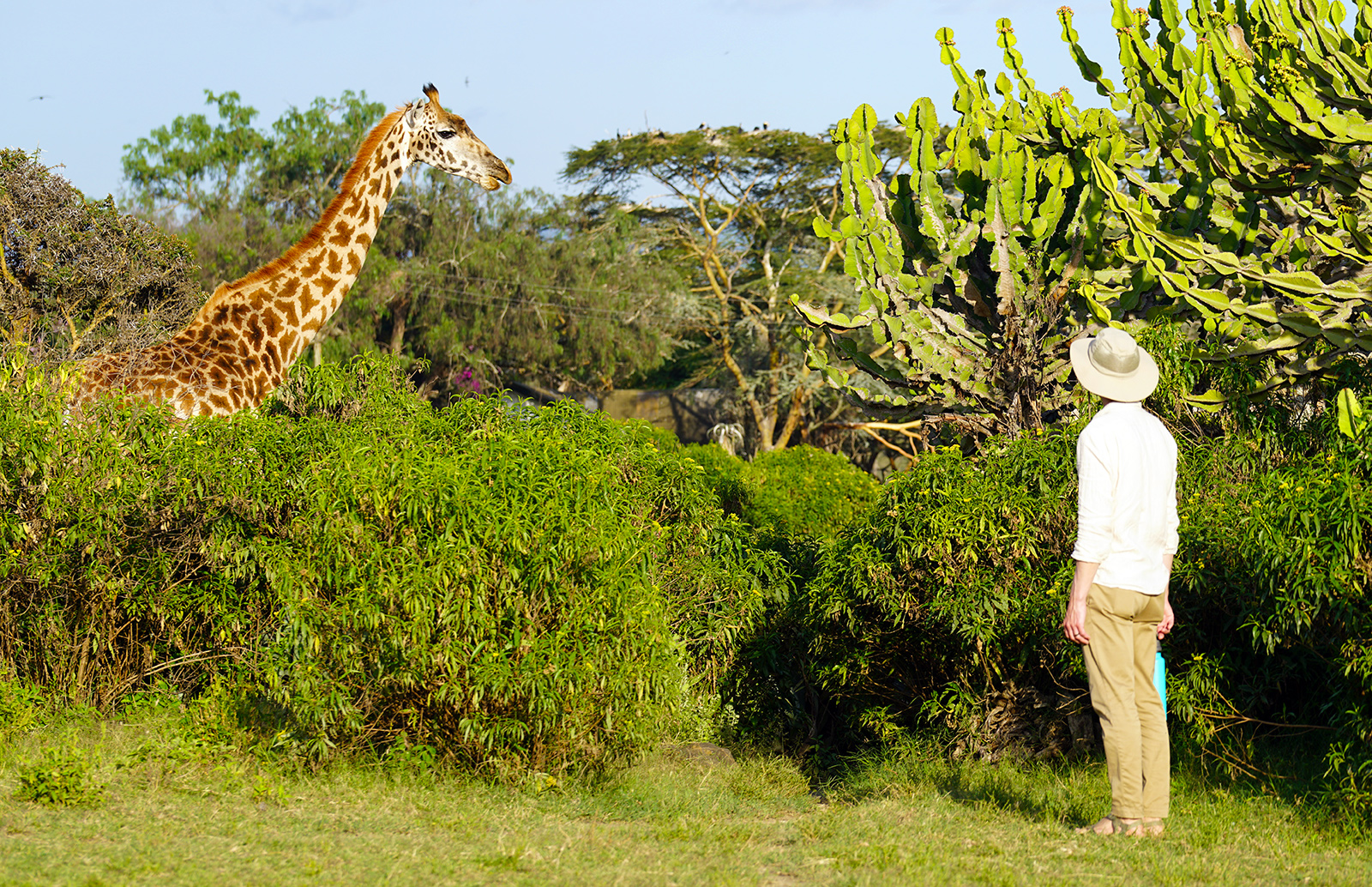 It’s an amazing feeling cycling in the African savannah, with towering red rocks over the valley and wild animals grazing nearby.

They call this experience a cycle safari because you can see some game, but it’s mostly zebras and pumbas, and they keep distance from the road. Occasionally, the animals might cross the dirt road in front of you. So it’s not like a Maasai Mara safari where you go off road and get within a few feet of the animals. You also don’t really have a guide, which is nice - it’s just you and the road and nature.

And dust. There’s a lot of dust.

Biking in Hell’s Gate is a fairly popular day trip from Nairobi, so there are many places to rent bikes around the park. We chose a stand at the junction of the main road into the park -- well, our driver chose it for us, really. The bikes were super cheap to rent - like 400Ks ($3.80), which was less than we expected based on what we had read online.

One of our favorite parts of this cycling experience was seeing how they transfer bikes from the rental shop the 2-3km up the hill to the park entrance. 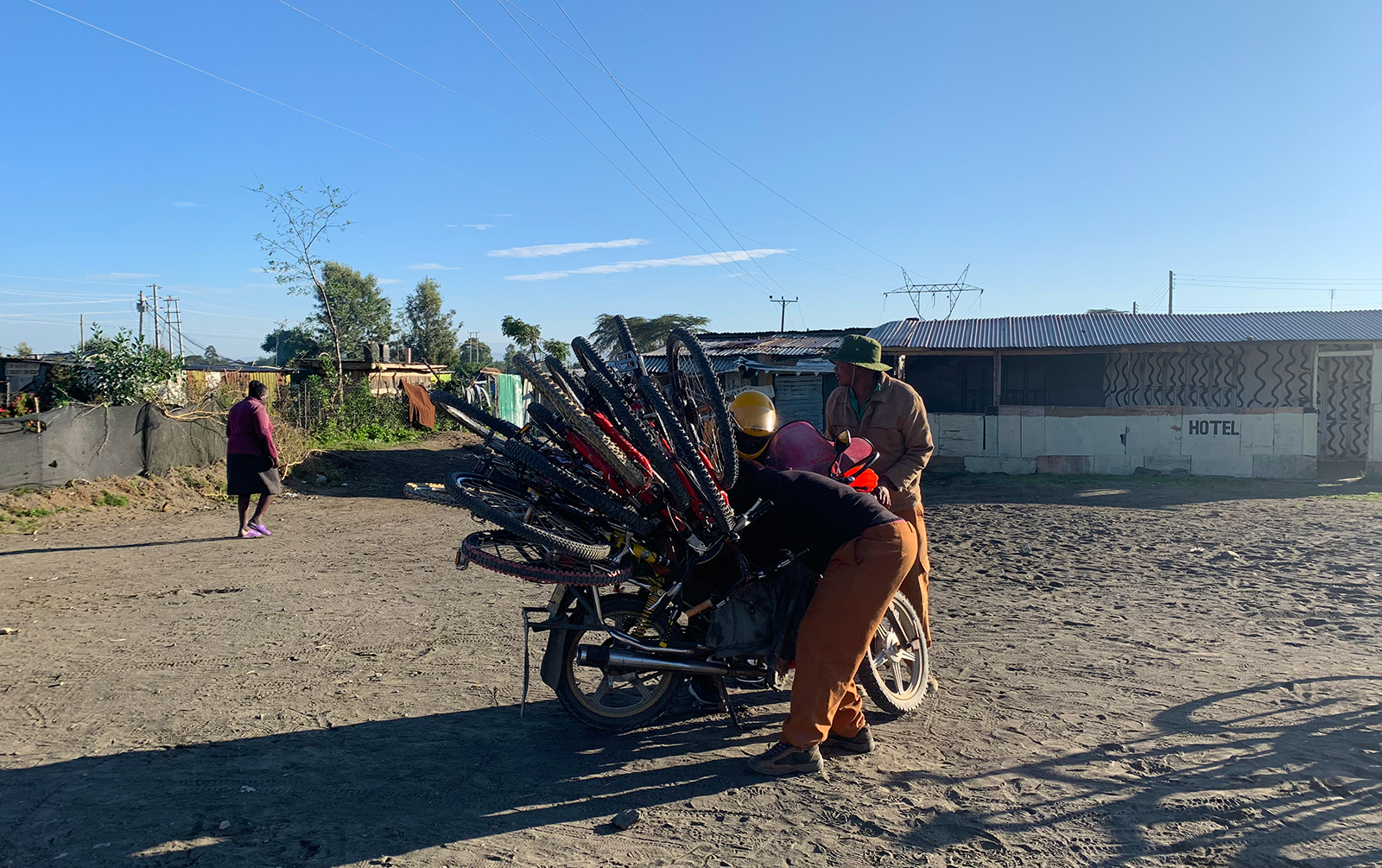 Kenyan national parks are quite expensive for foreign tourists. The bikes were dirt cheap to rent for the day, but we paid $30 each to enter the park. For those keeping track at home, that’s about double what you pay to enter the most popular US national park.

According to modern legend, Disney sent some animators to Hell’s Gate ahead of making The Lion King, and the towering red rocks served as inspiration for Pride Rock. True or false, the vistas are iconic. 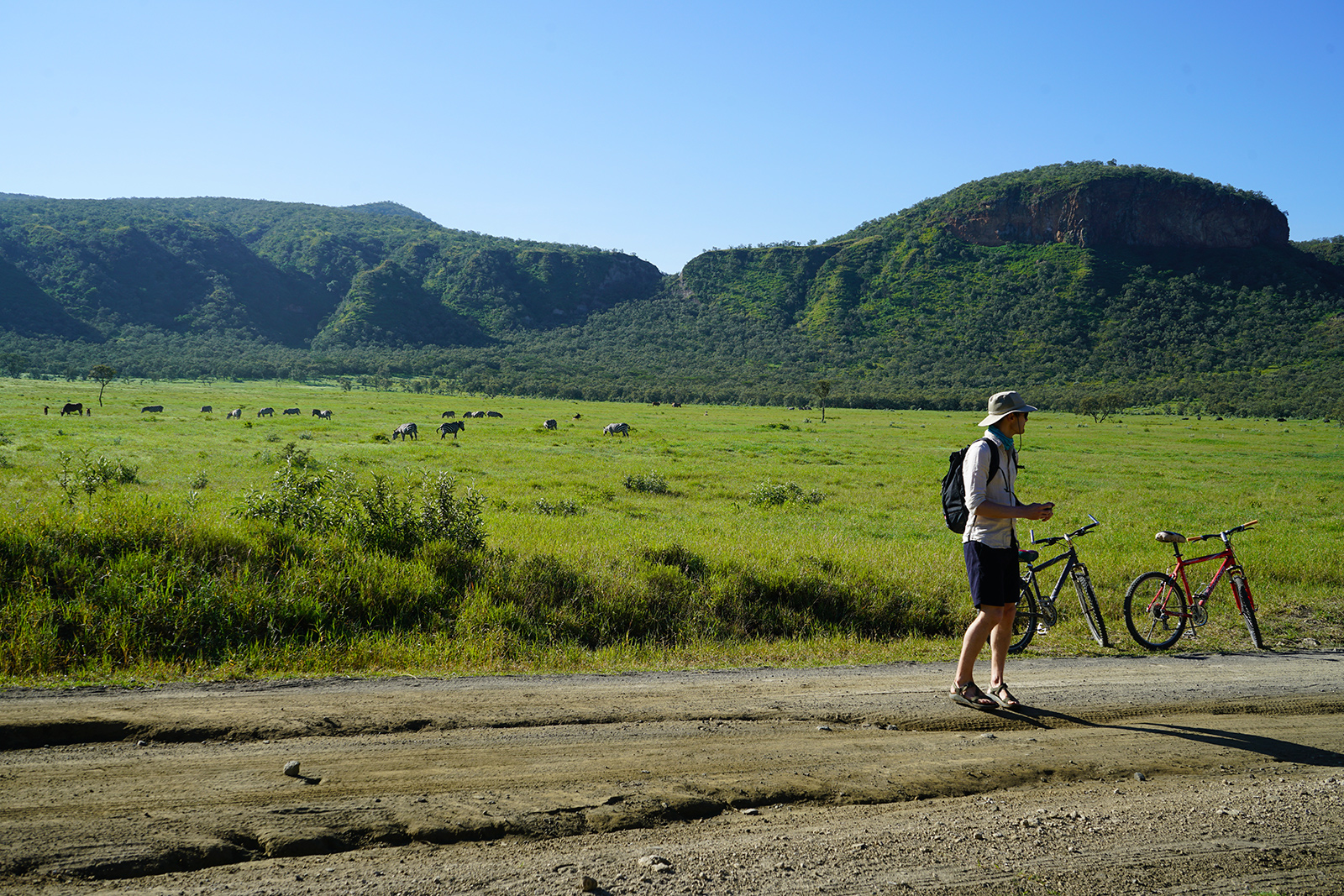 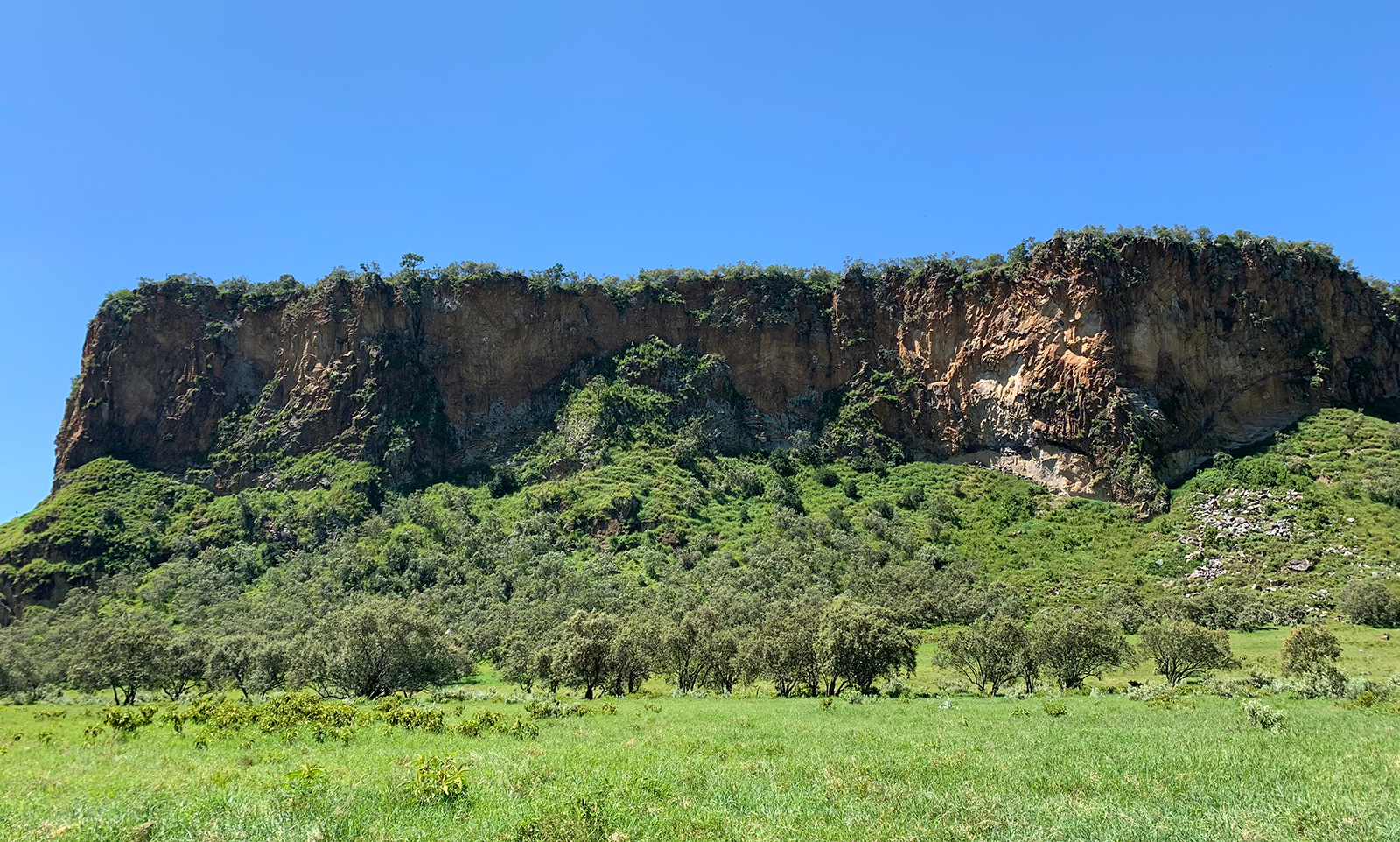 The other main attraction of Hell’s Gate National Park is hiking through a gorge. Unfortunately, a few months prior there was a tragic accident where several people were caught and killed in a flash flood, so the gorge was closed. But we were able to stop and watch some monkeys goofing around, and then climb up a pretty massive hill, where we took a break and enjoyed the view.

The adventure isn’t a long one, about 20-25kms round trip, but that’s plenty of cycling in Kenya. By the end, we were tired of the clunky bikes, the rocky terrain, and the dust. And the sun, as temperatures climbed into the 80s. But it all made for an amazing, unforgettable experience. 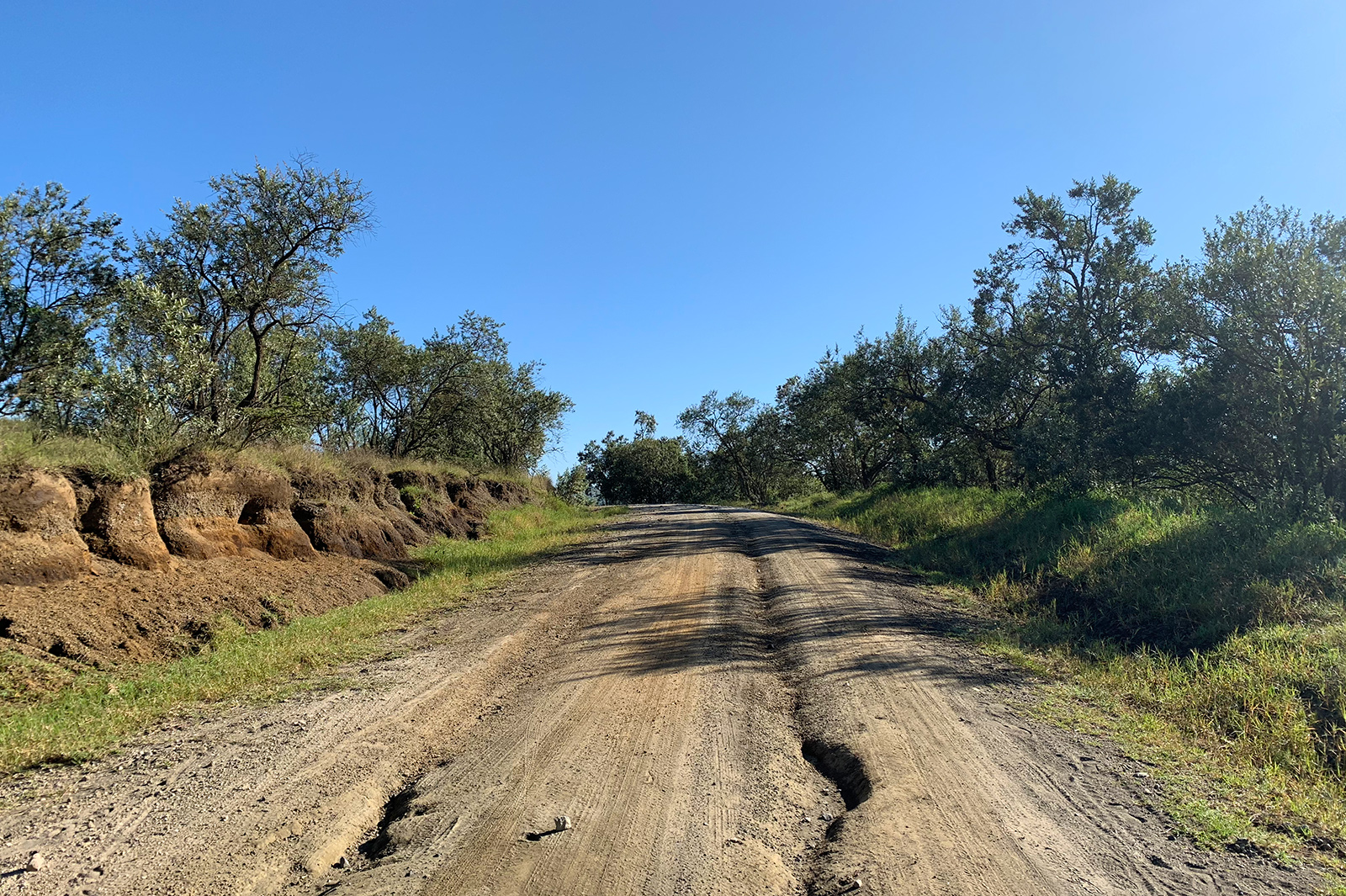 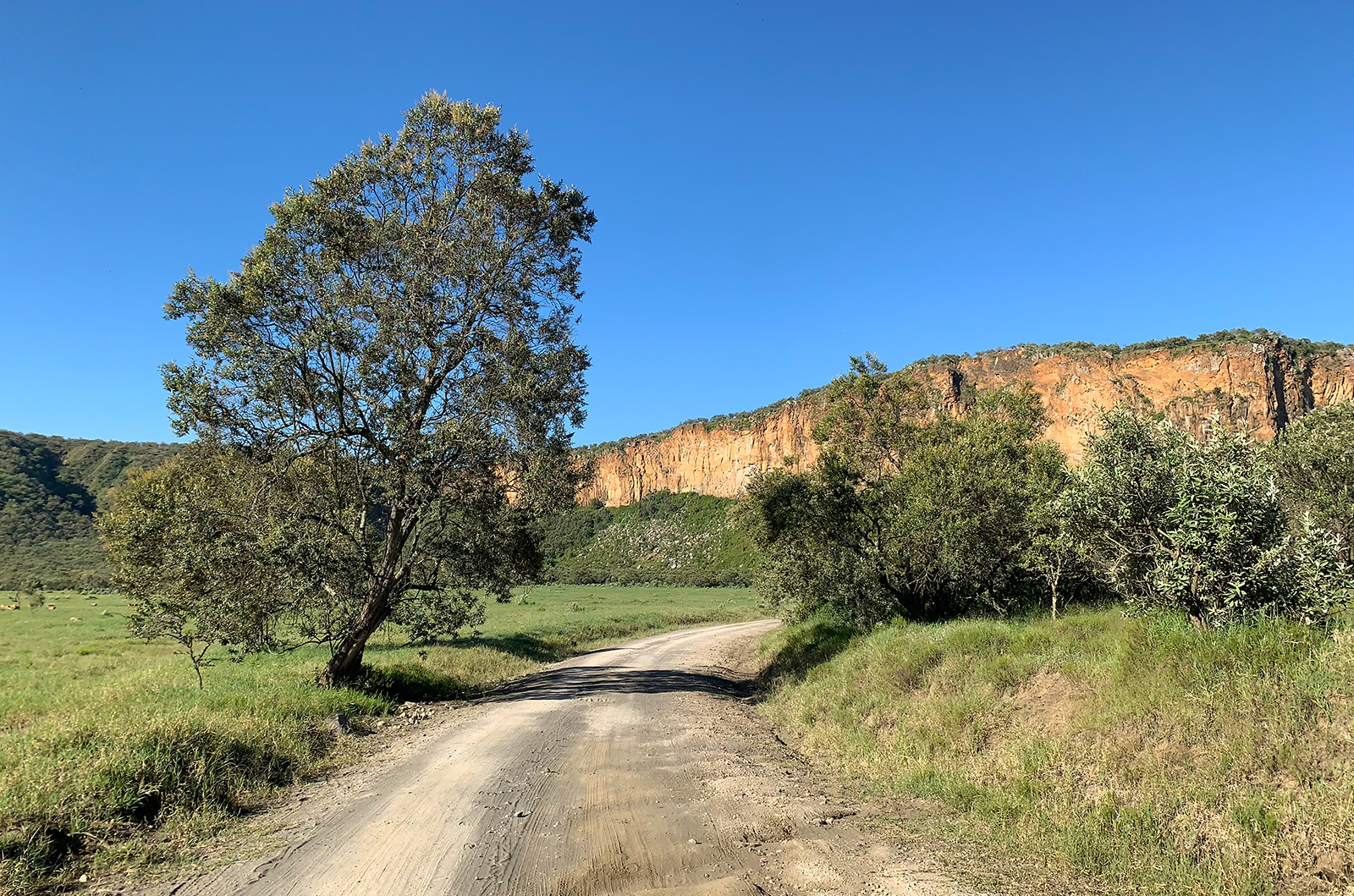 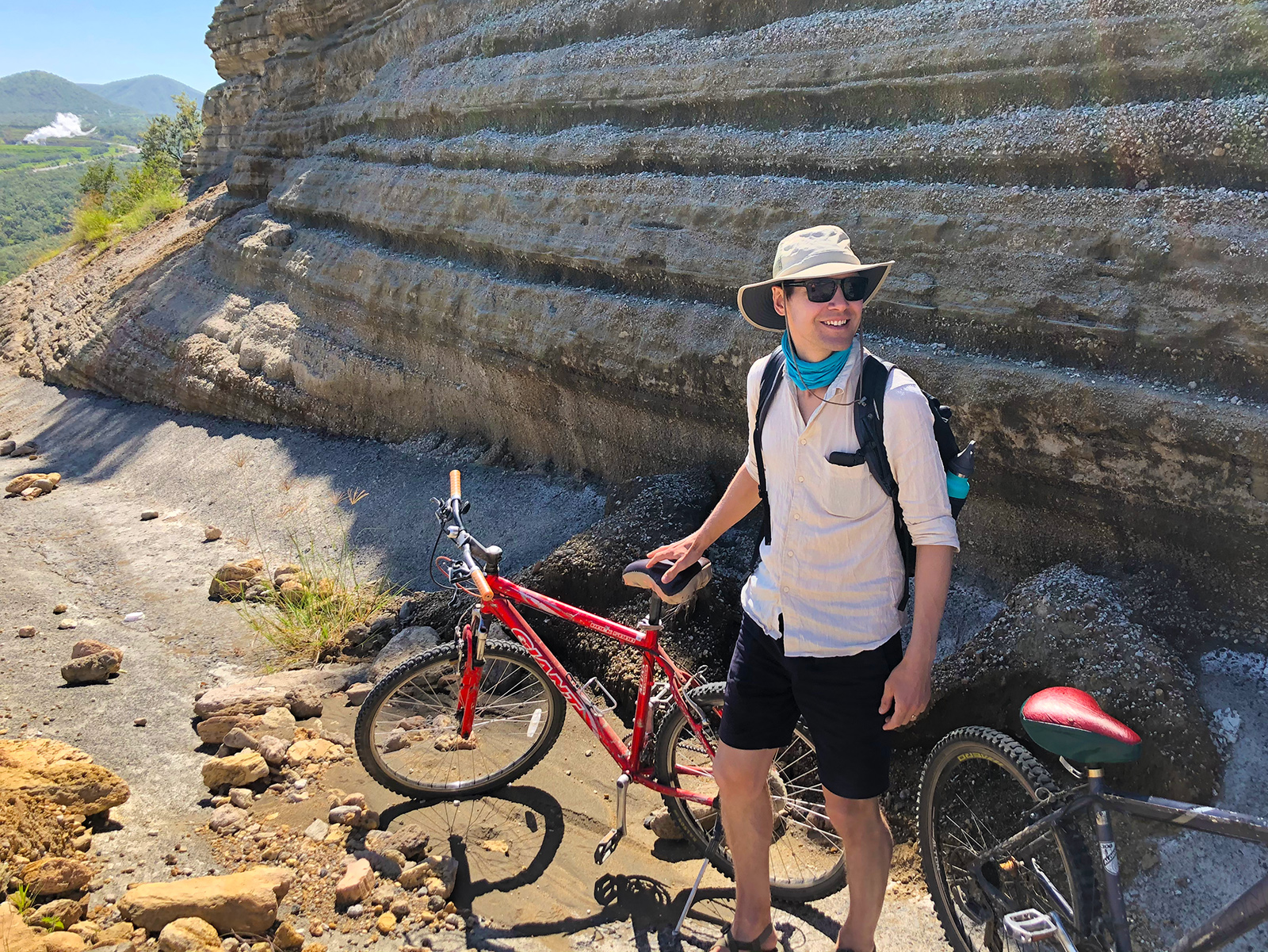 When looking for things to do around Lake Naivasha, we discovered Longonot National Park was nearby. Longonot NP is known for Mt. Longonot, a dormant volcano that helped create the Rift Valley. Basically the only thing to do at this park is hike up the volcano and along its rim. We had a morning to kill before our flight to Zanzibar, so we decided to get an early start to do the hike. How many times can you say you’re going to climb a volcano, especially in Africa?

The first two hours of the hike were incredible. After a brief flat hike from the park entrance, you start going up, up, up. Since the park starts at about 5,000ft elevation, the oxygen feels thin almost immediately as you ascend several flights of steep concrete stairs. Luckily, there are plenty of overlooks where you can stop to catch your breath.

We were almost the only people climbing, accompanied only by a group of heavily tattooed Germans crossfitters who were loudly conversing a couple dozen feet behind us.

A little over an hour into the hike, we made it to the volcano’s rim and stopped for a snack, taking in the amazing views of the Rift Valley below, and of Lake Naivasha. 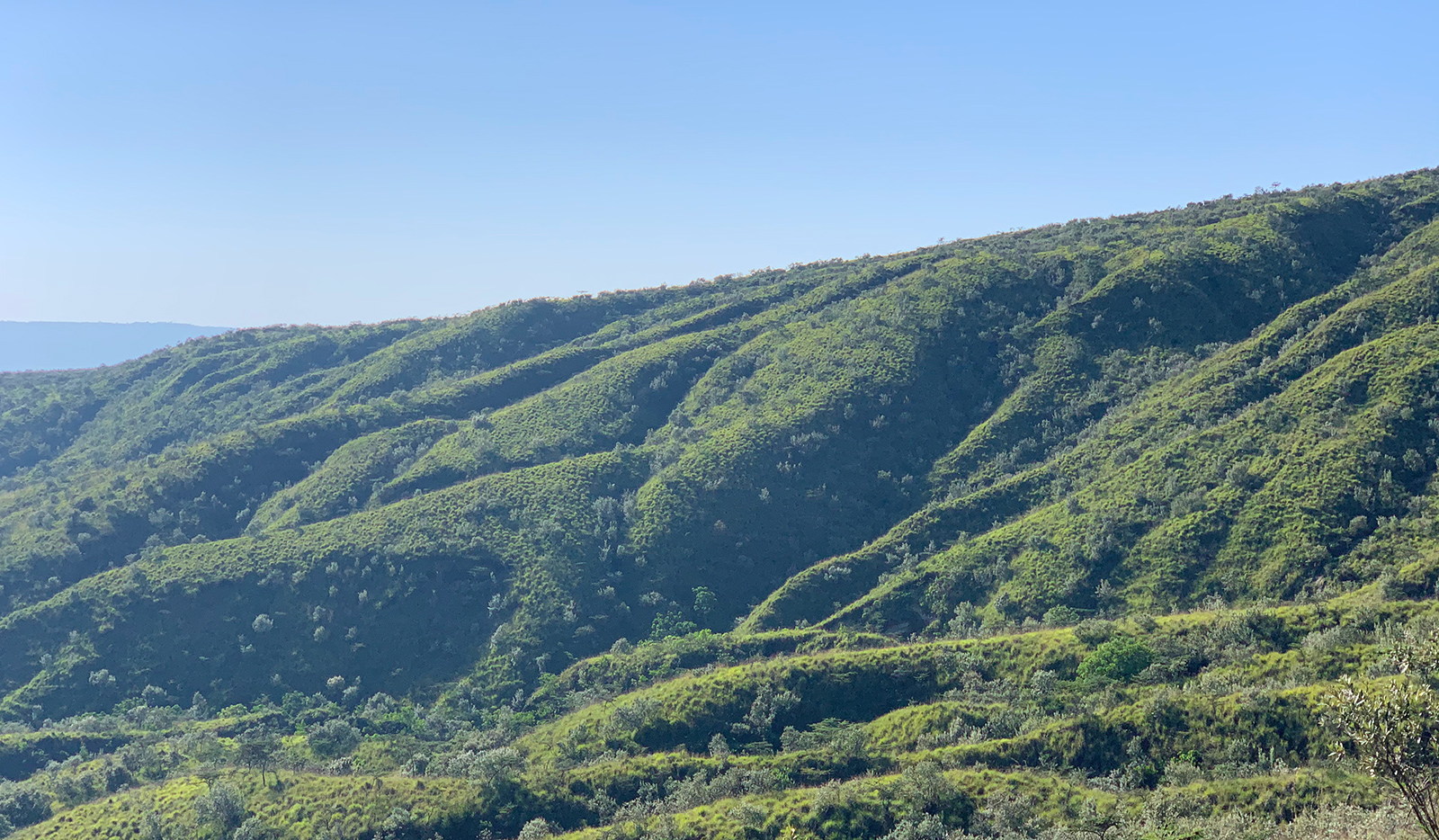 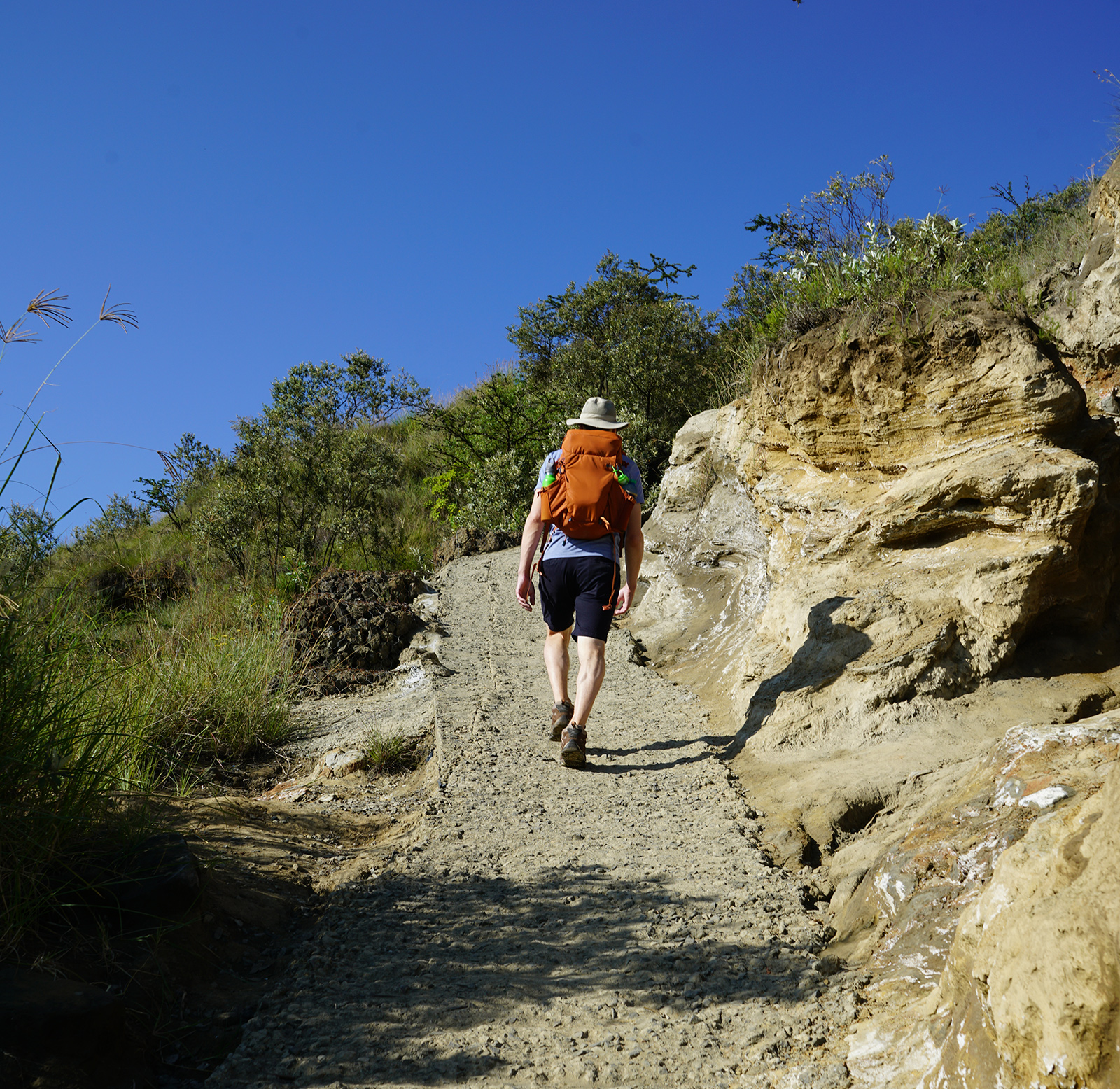 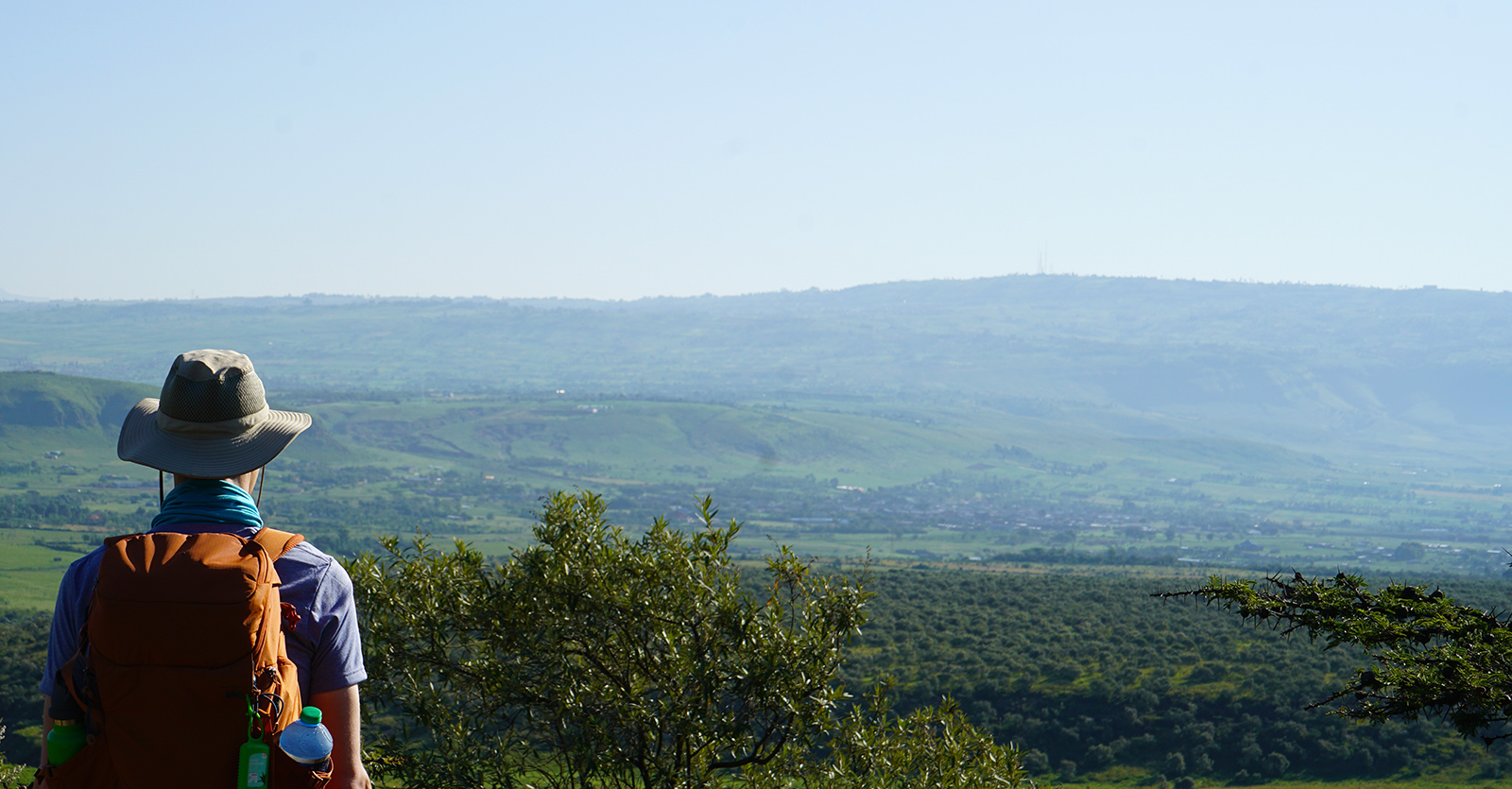 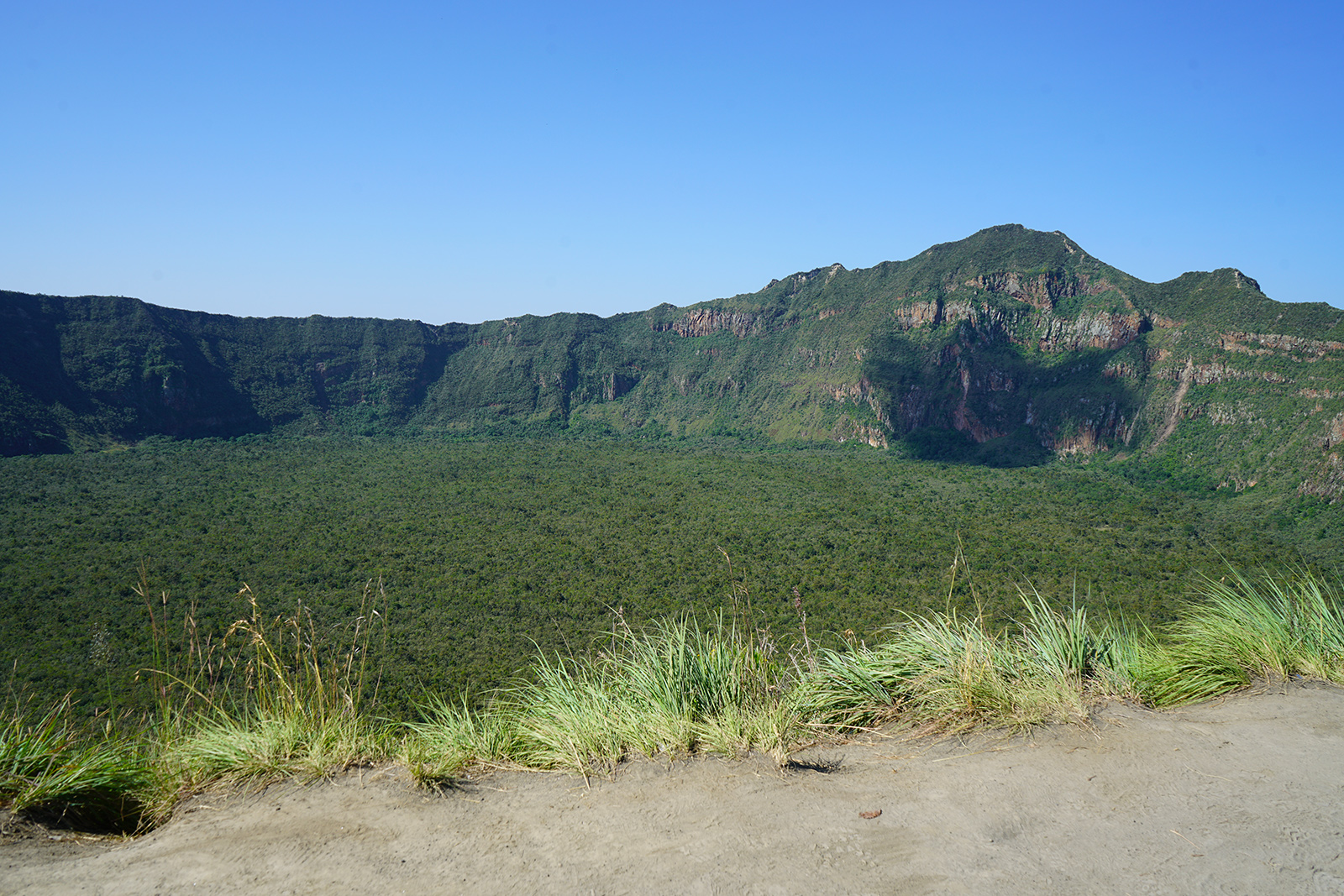 We continued on around the volcano’s rim. The guides recommend going counter-clockwise, as the trail up to the highest point around the rim gets quite steep and slippery. It was a fun and challenging stretch, with some rewarding views along the way. 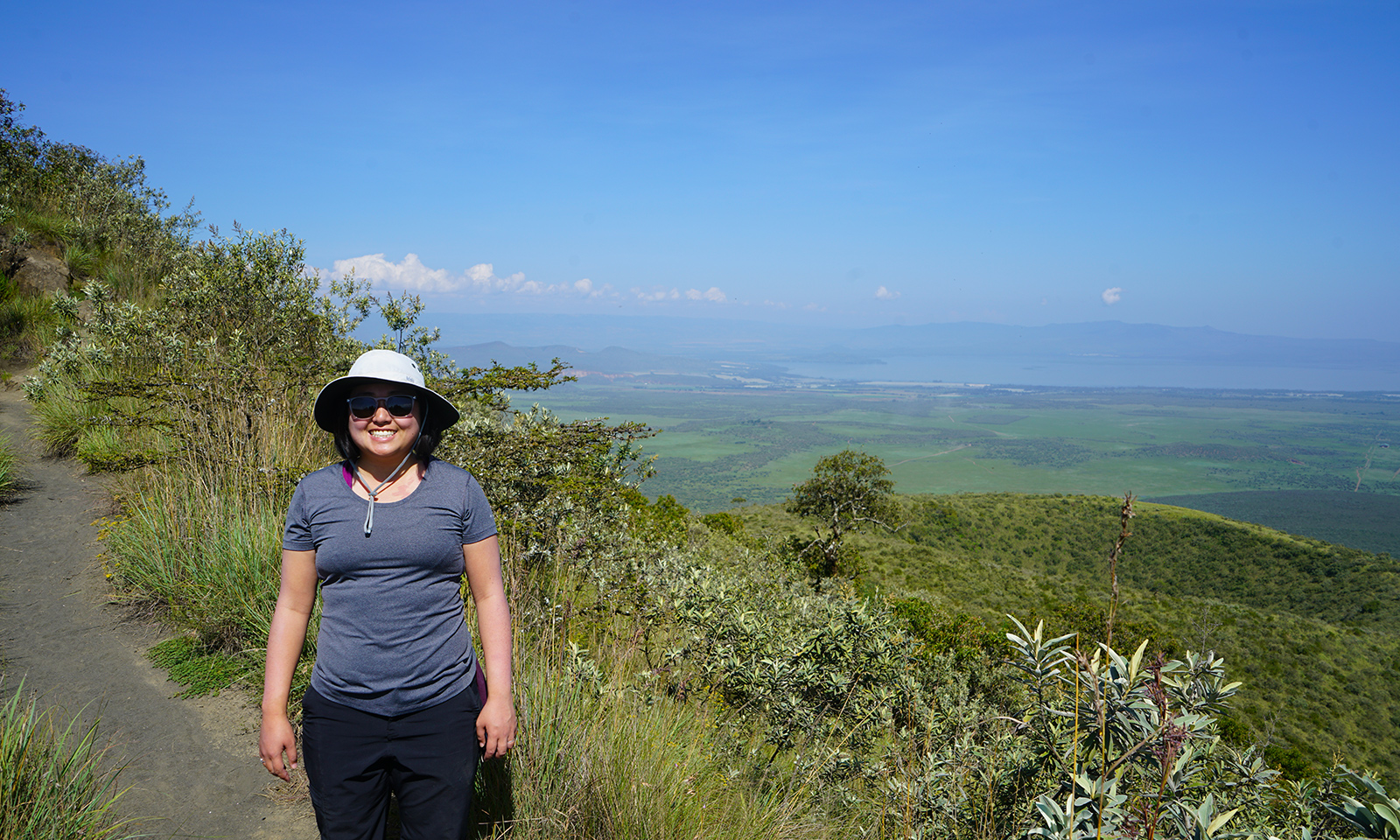 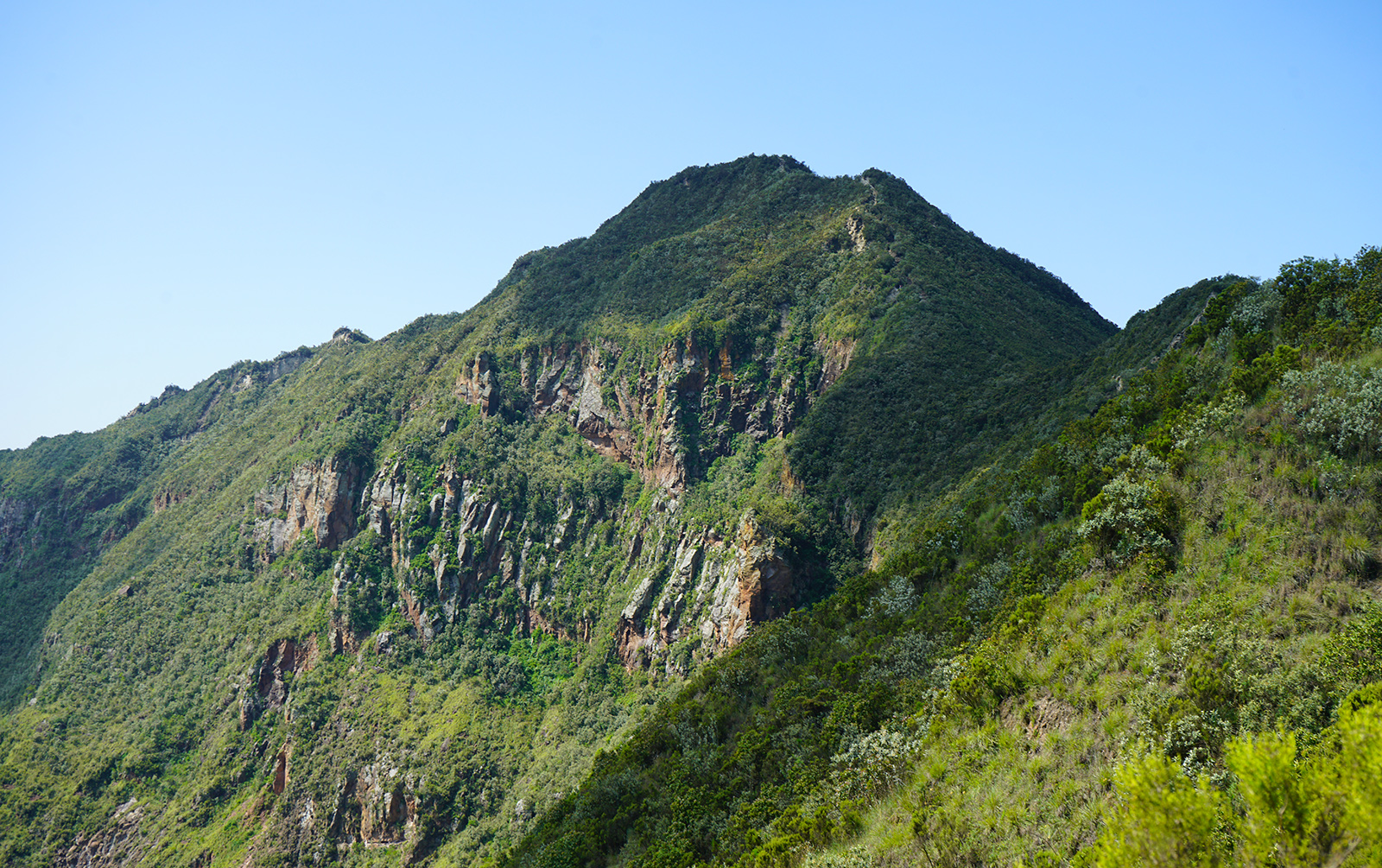 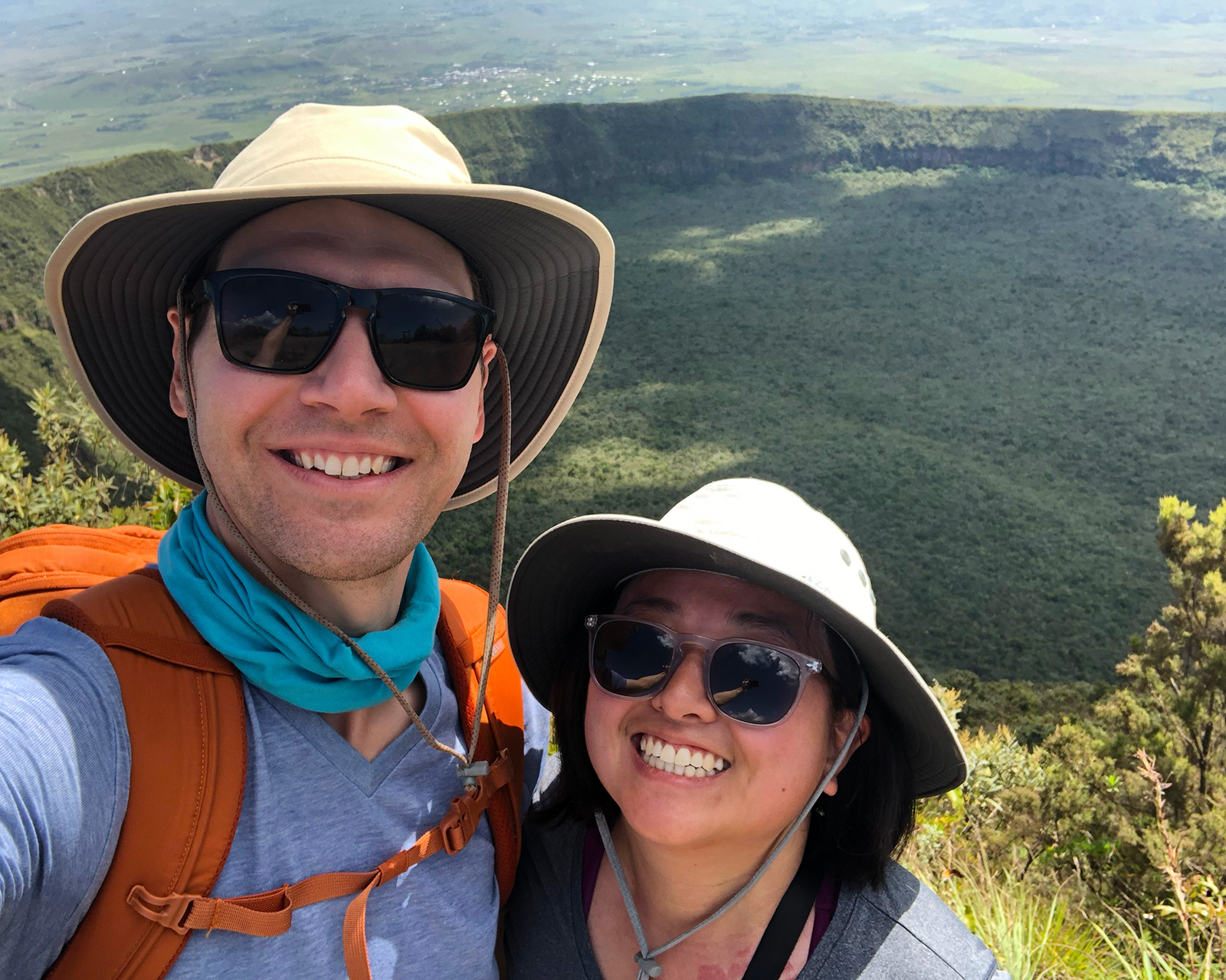 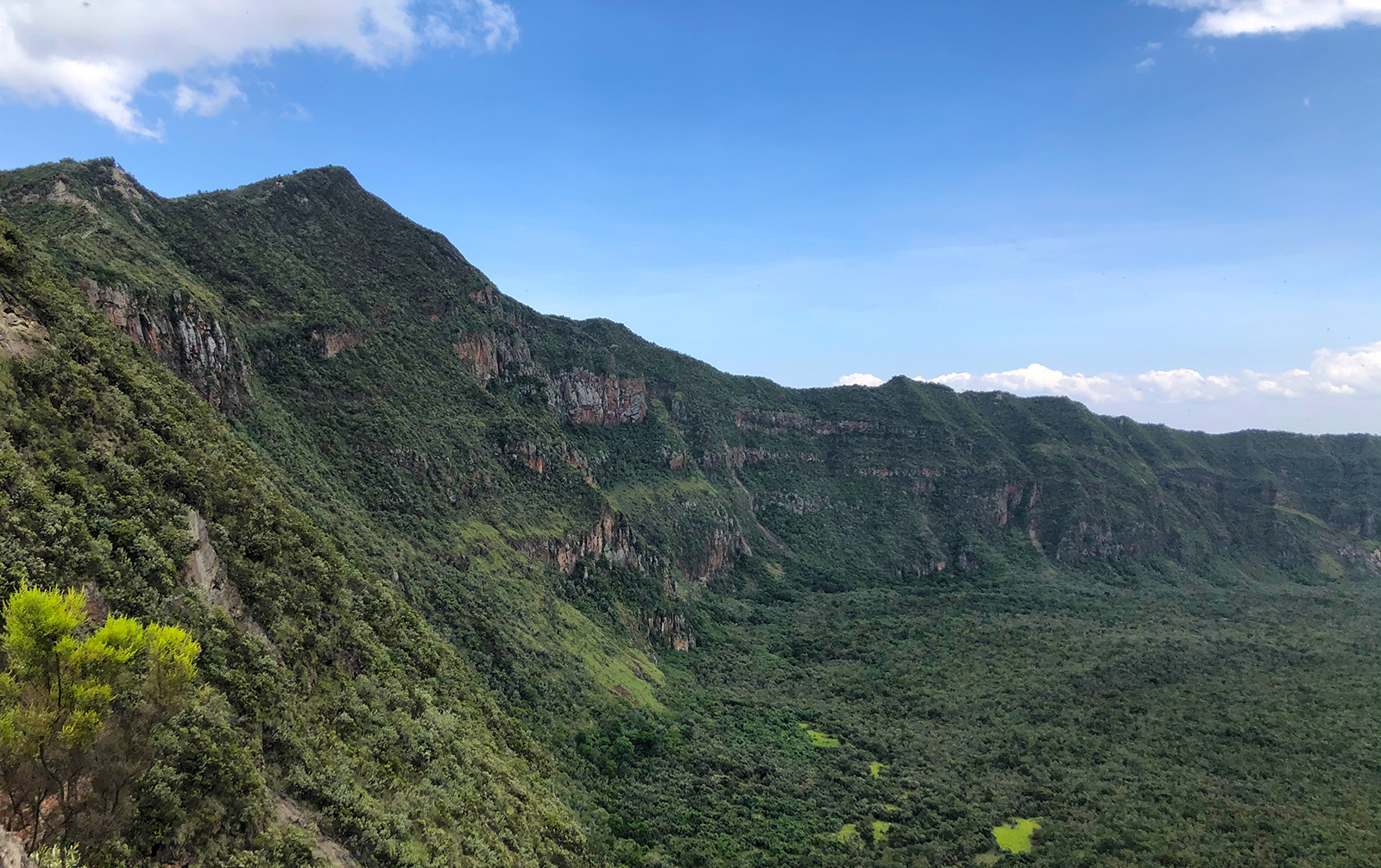 Unfortunately, the views were a little hazy. But still awe-inspiring, as you’re above the road noise and the honking of the villages. You can also see dozens of flower farms around the lake. Naivasha is the flower-growing capital of Africa, home to half of the flower farms in Kenya, which is the world’s third-largest producer and exporter of flowers.

The other side of the view is of the crater floor, which is a lush jungle. We were told not to go down, as there are many poisonous snakes. So we did not go down.

From the summit, we descended some super slippery rock and continued to trek rolling hills the rest of the way around the volcano’s rim. It took much longer than any of the online reviews would lead on. Did they run the whole way? We passed the heavily tattooed Germans on our way up to the summit, and did not encounter them again. Our guess -- they either bailed or went down to the crater floor to visit the poisonous snakes.

After circumnavigating the rim, we still had an hour to go in descending the volcano and meeting our driver in the parking lot. By that point, the sun was beating down on us. We were completely soaked with sweat and caked in dust, and over the whole thing.

The funniest part about all of this? Since the hike took longer than expected, we had to drive immediately from the park to the airport for our flight to Zanzibar. We each used nearly an entire package of wet wipes to make ourselves semi-presentable, changed into some dry clothes, got in the car, and rode 2.5 hours to the Nairobi airport, arriving with just enough time to scarf down a Hardee’s burger in the terminal. (The burger was awful and surprisingly expensive.)