Our Impressions of Colombia

A month in Colombia taught us a lot

Travel Logistics and Thoughts on Tourism

Prioritize a couch when choosing a long-term Airbnb. Having a comfortable place to sit is just as important as a comfortable bed.

Buy a SIM card when in a country for longer than a couple of weeks. While a US plan may offer international coverage, the data throttling is no joke and you'll feel like you traveled back to Y2K waiting for websites to load.

Never fly Latam. Buying tickets is an absolute pain. If you succeed in booking tickets, the airline itself is fine, but we wasted hours trying to book tickets with them for Argentina. After probably no less than 15 attempts we gave up and chose a different, more expensive flight with a different airline.

Cartagena is about 10 years from becoming the next New Orleans. It has many things in common with New Orleans: heavy Spanish influence culturally, culinarily, and architecturally; an important past of being a slave trading port; and being overrun by tourists. The architecture in the historic walled city area reminded us a lot of the French Quarter just with fewer appalling bars. But we have no doubt that they are coming. Check it out before that happens and while prices are still decent (we watched amusedly while some cruisers asked to pay for beers in dollars and were therefore charged 2-3x the price in pesos).

We are not huge fans of the digital nomad scene, at least the version which exists in Medellin. We’ll just leave it at that for now.

We do not like castles. They are super boring to tour and look at.

We continue to enjoy walking through Catholic cathedrals and basilicas. We have seen more people attending mass and especially in line for confession than anywhere else in the world. It's also super interesting to see a much greater emphasis on offerings and intercessory prayer in South America than in Catholic churches in the US. 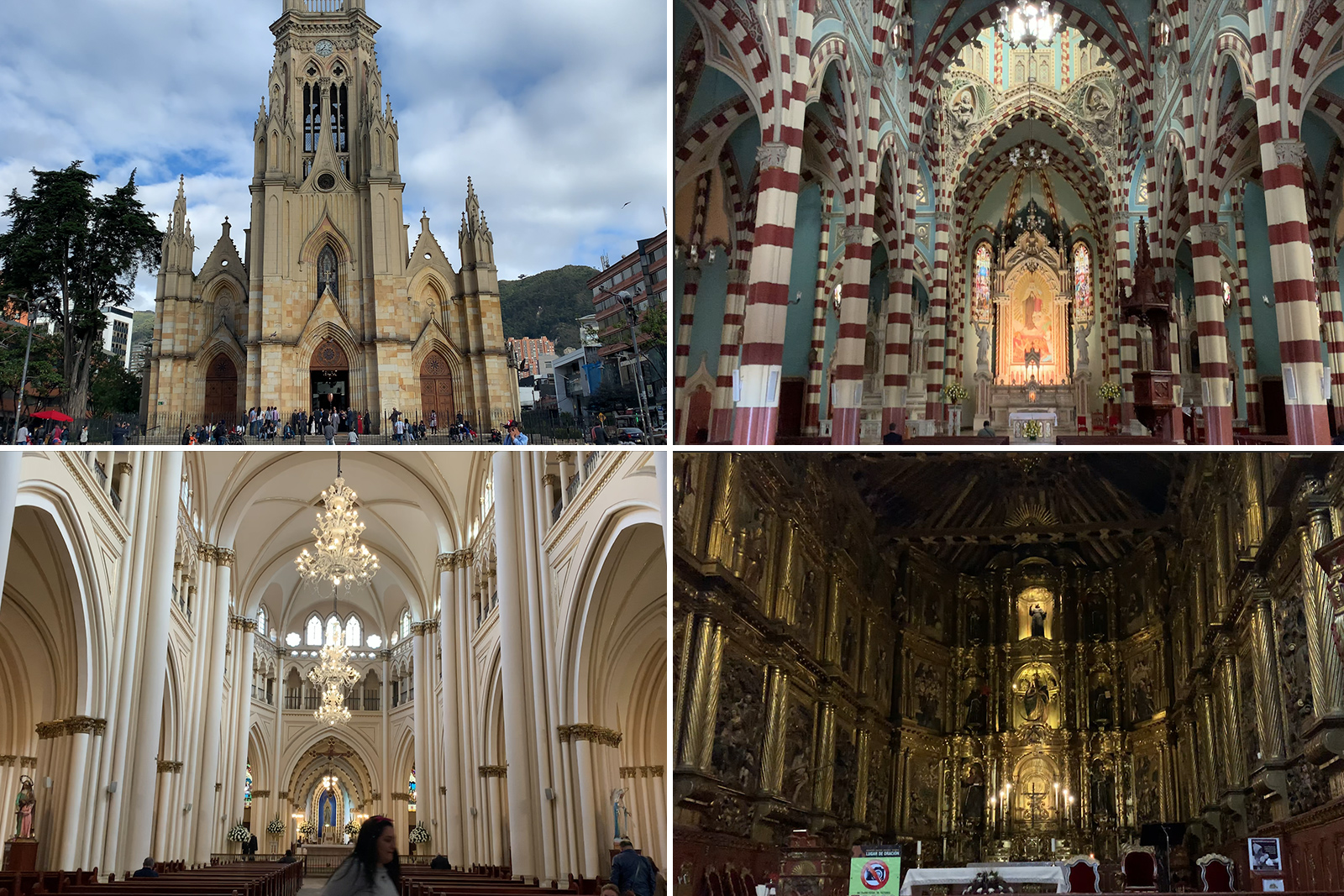 No one cares about US politics in Colombia, or really South America. While we are tracking the impeachment hearings on Twitter nearly the entirety of Latin America are protesting mistreatment of indigenous populations, corruption, austerity measures, and more. In fact there was a largely peaceful national strike on our last day in Colombia and we changed our plans for Santiago, Chile because of the ongoing protests there. We also witnessed elections while we were in Bogota where Bogotanos voted for a Northwestern PhD as mayor!

However, perception of the US in South America is not the most positive. Nearly everyone we met in South America believes that Trump and his supporters hate them, which is truly sad. Many expressed that they would love to visit the US, but will wait until after Trump leaves office.

Colombians do not seem to know what to make of Tiffany. We have seen very few Asians in the past month. Though there have been quite a few “Chinese restaurants” that we are curious about, but totally unwilling to try.

PDA is huge here. We are currently working on Brian’s tendency to gawk. (Brian here: in my defense, it's everywhere -- at the bus stop, on the bus, at restaurants, outside of restaurants, even at art museums. Amor is in the air in Colombia.)

Medellin has amazing weather and an even better patio game. It is basically in the 70s every day with a chance of rain. Every cafe or restaurant we have been to has an amazing patio or all of the doors are left open. We could not stop commenting on how good it felt.

While Colombia loves soccer, the national sport is tejo, a game similar to cornhole but involves throwing stones at a mound of clay which contains a ring of explosive targets. 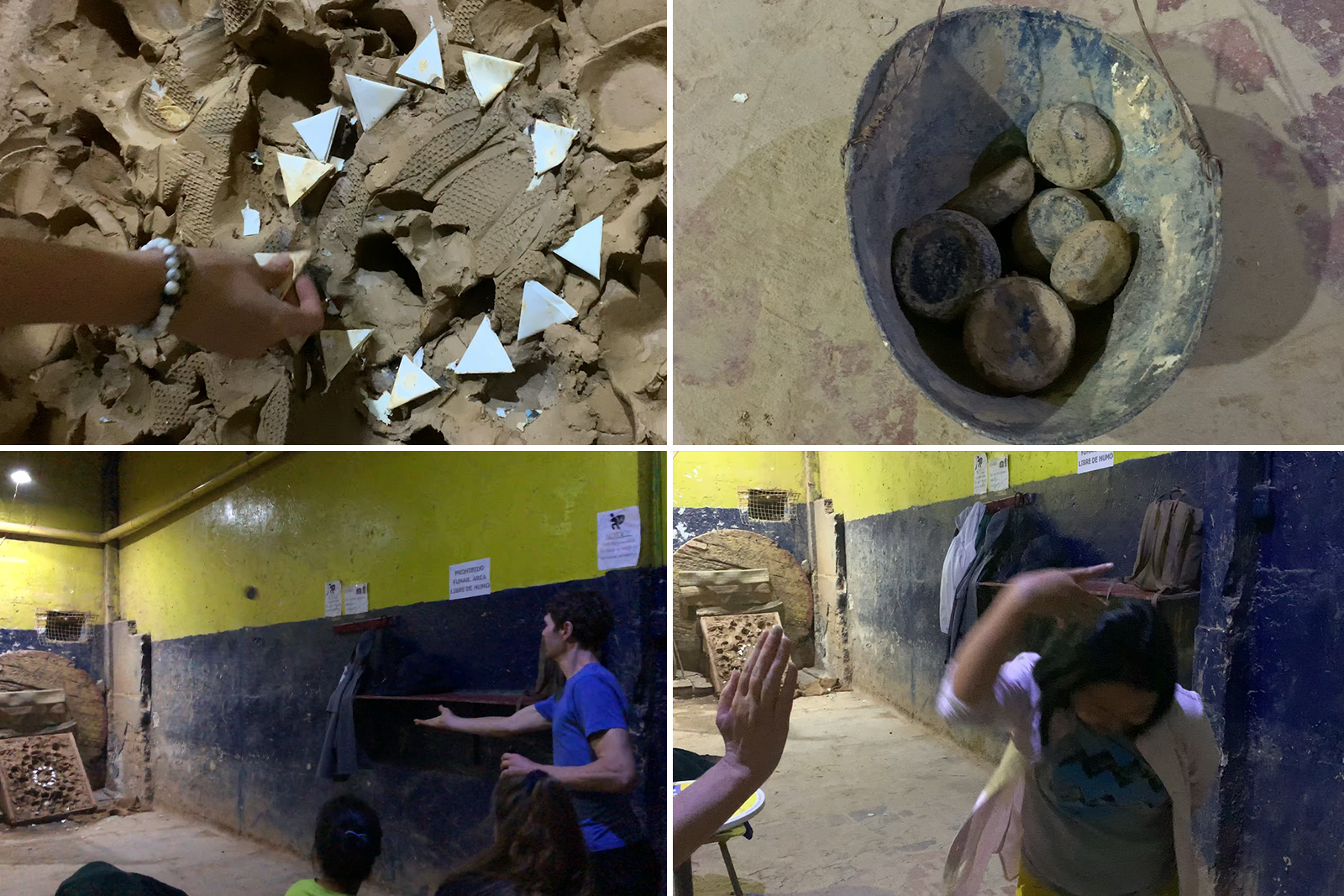 Colombians LOVE their sweets. For the most part we have enjoyed all of the candies that come with the check at restaurants. We have also had the best hot chocolate ever (if you’re ever in Bogota, visit Amor Perfecto, swallow your sticker shock, and enjoy) and an amazing rendition of carrot cake.

Eggs in Colombia are superior to eggs in the US. They are somehow (it definitely has something to do with GMOs and how we raise poultry in the US) richer and creamier here. Brian loves nearly every type of eggs he gets here.

Colombian fruits are also superior to US fruits. We are now very big fans of granadilla and pitaya. 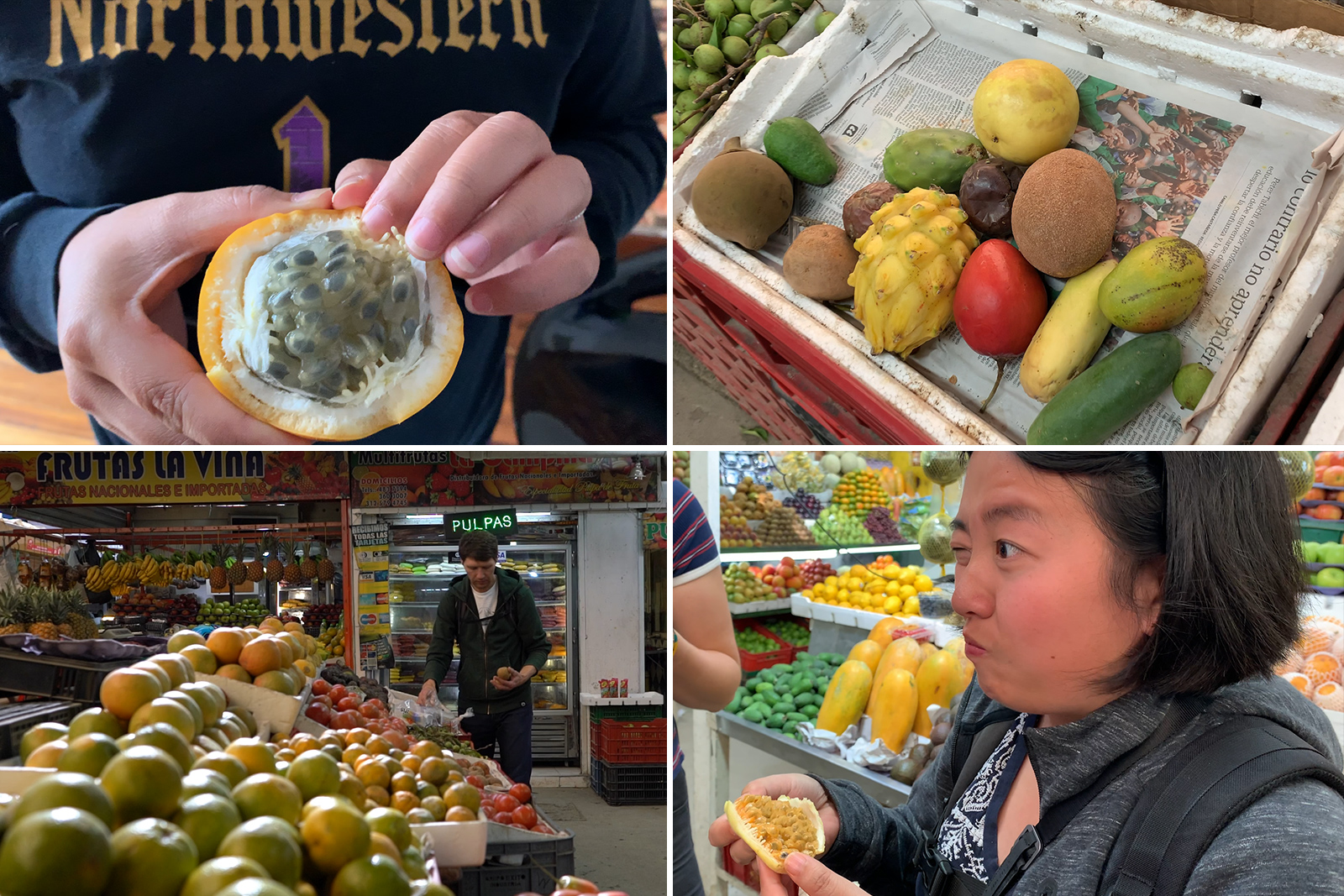 Chains are successful for a reason. Our favorite Colombian ice cream came from a chain called Mimo’s (and was super cheap), and we had an awesome burger from a chain called H{ }ME Burgers. We have stayed far away from Starbucks and Subway though. We do have standards (cue ominous, foreboding music...)

We are lowering our expectations for craft beer abroad. Brian continues to try new craft beers, Tiffany generally just goes with a national cheap beer because she knows what to expect there. 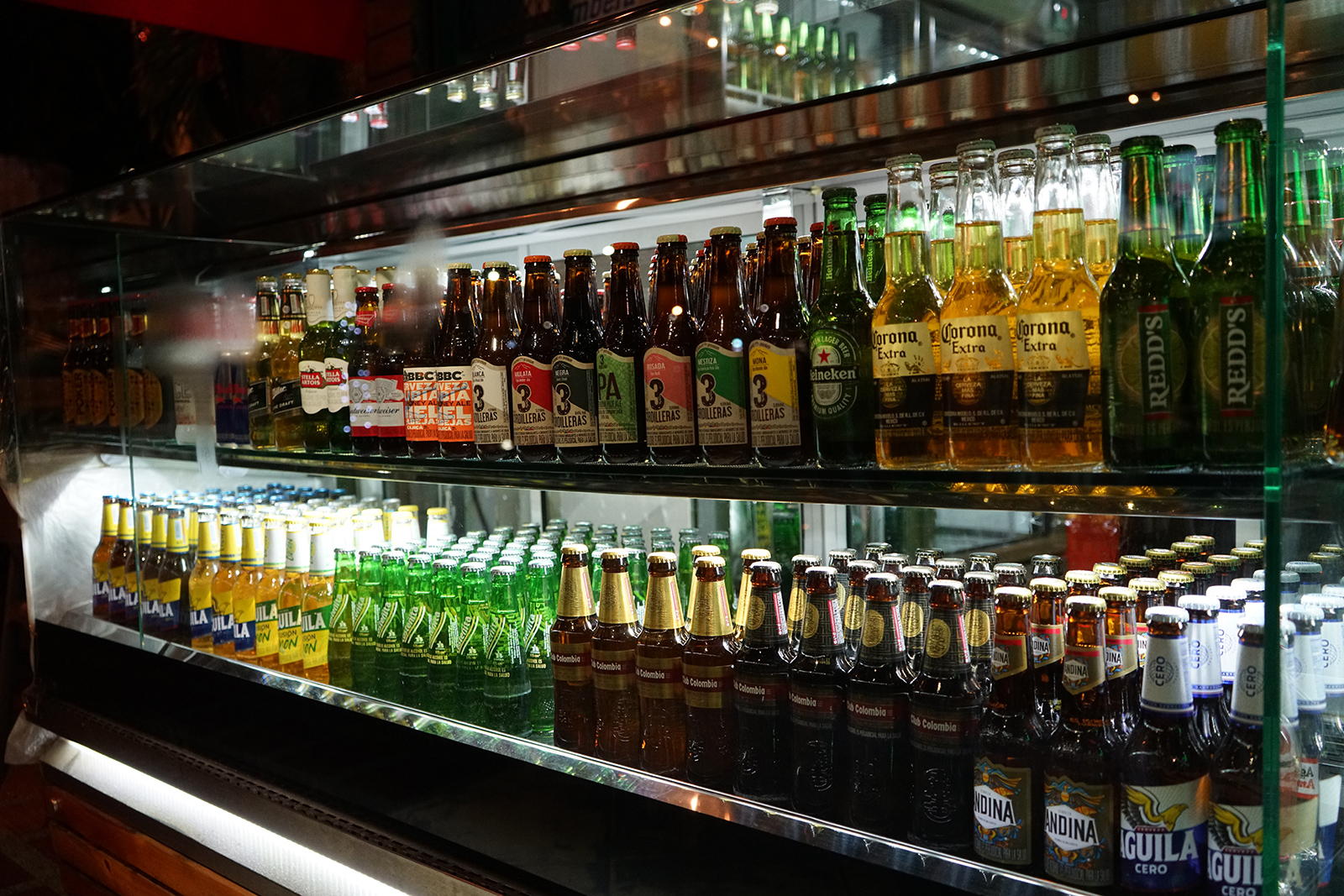 Colombians love Halloween. We’ve never seen as many adults dressed up in costume as we did in Bogota for Halloween, and this includes riding the El train in Chicago during Comic-Con. Part of this love comes from All Saints Day being a national holiday, so they kind of treat Halloween like Fat Tuesday before Ash Wednesday. We asked teachers at our Spanish school about where this love for Halloween came from, and they said it’s all the USA’s fault. So it’s not just the US who loves importing excuses to party from other cultures (looking at you, St. Paddy’s Day and Cinco de Mayo...)

Black Friday shopping is starting to become a thing in Colombia, although it’s not tied to Thanksgiving in any way, so the focus can be pure avarice. In fact, one shopping mall in Medellin advertised the upcoming “Black Weekend.” No mention of Small Business Saturday or Cyber Monday, but we can check back in five years.

Colombians love Christmas even more than Halloween. Like the US, Christmas decorations start going up at the start of November, and stores start advertising and displaying holiday-themed goods, particularly the grocery stores. Medellin wins the title for the most elaborate Christmas decorations. Unfortunately, we were leaving just as they were getting started with the decorations, so we only briefly got to enjoy them, but they’re elaborate. 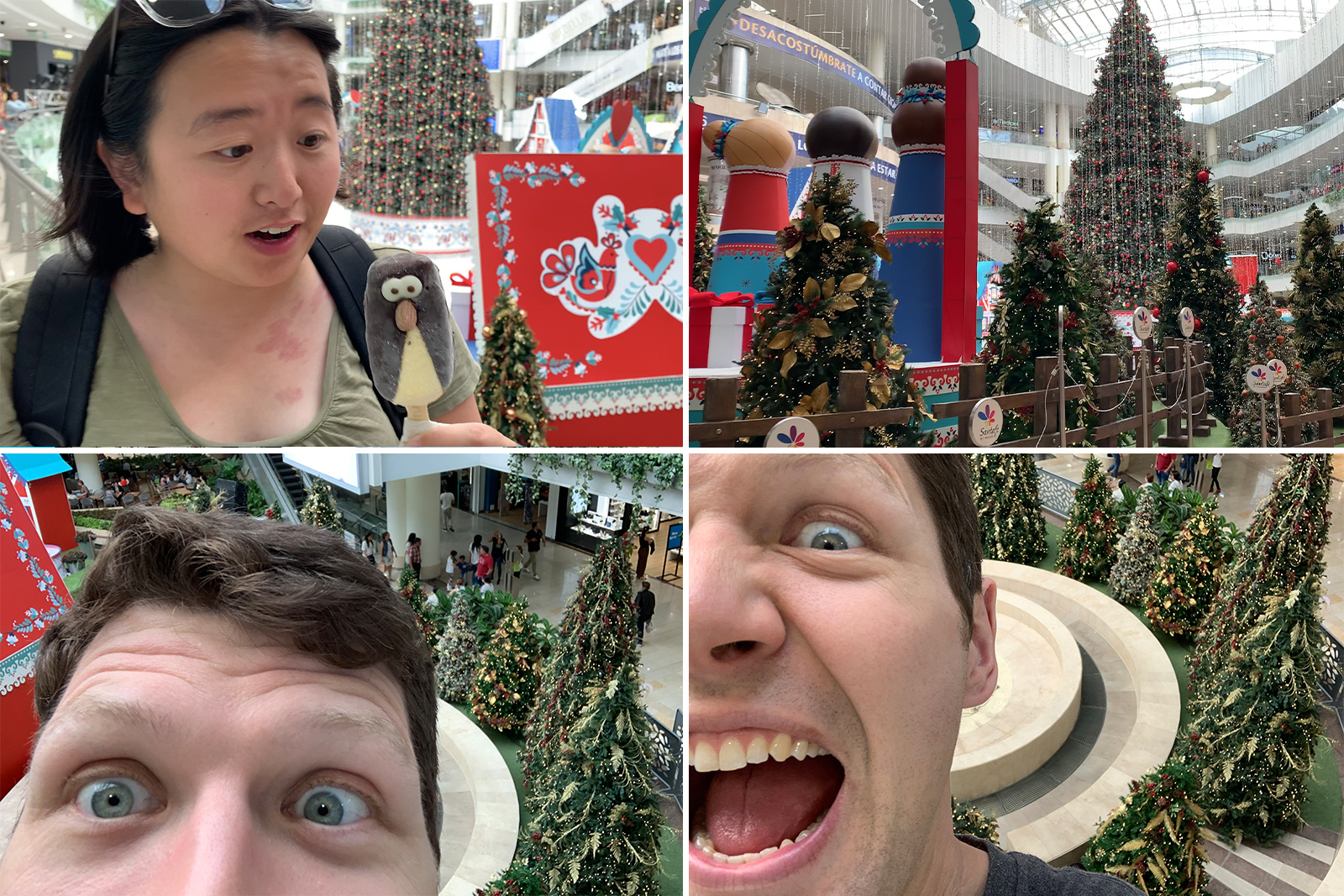 A Few Things We Miss About the US

Our friends and family! Please strongly consider joining us at one of our future destinations!