The Land of Fire

Three days at the end of the world

As we left from the shore of the small island where we had just taken a rest, a furious wind picked up and began gusting right in our face. Our destination was about two hundred yards away, across the lake. We paddled furiously, but seemed stuck in place; the harder we tried, the more the wind increased and overpowered us. A series of 5-foot waves began tossing our canoe high into the air, like a roller coaster.

Welcome to the end of the world.

Ushuaia is the southernmost city in the world, the port from which Antarctic cruises depart, and capital of The Land of Fire, aka Tierra del Fuego. The name came from Magellan, who saw smoke from the indigenous people’s fires, as he sailed the Beagle Channel.

Tierra del Fuego is a strange political geographic anomaly, as it is part of Argentine Patagonia, but is surrounded on all sides by Chile (apart from the ocean on the east). As we were flying from El Calafate on the western edge of Patagonia to the far southeast, the views on the flight were amazing. Chains of islands covered in snow-capped mountains. 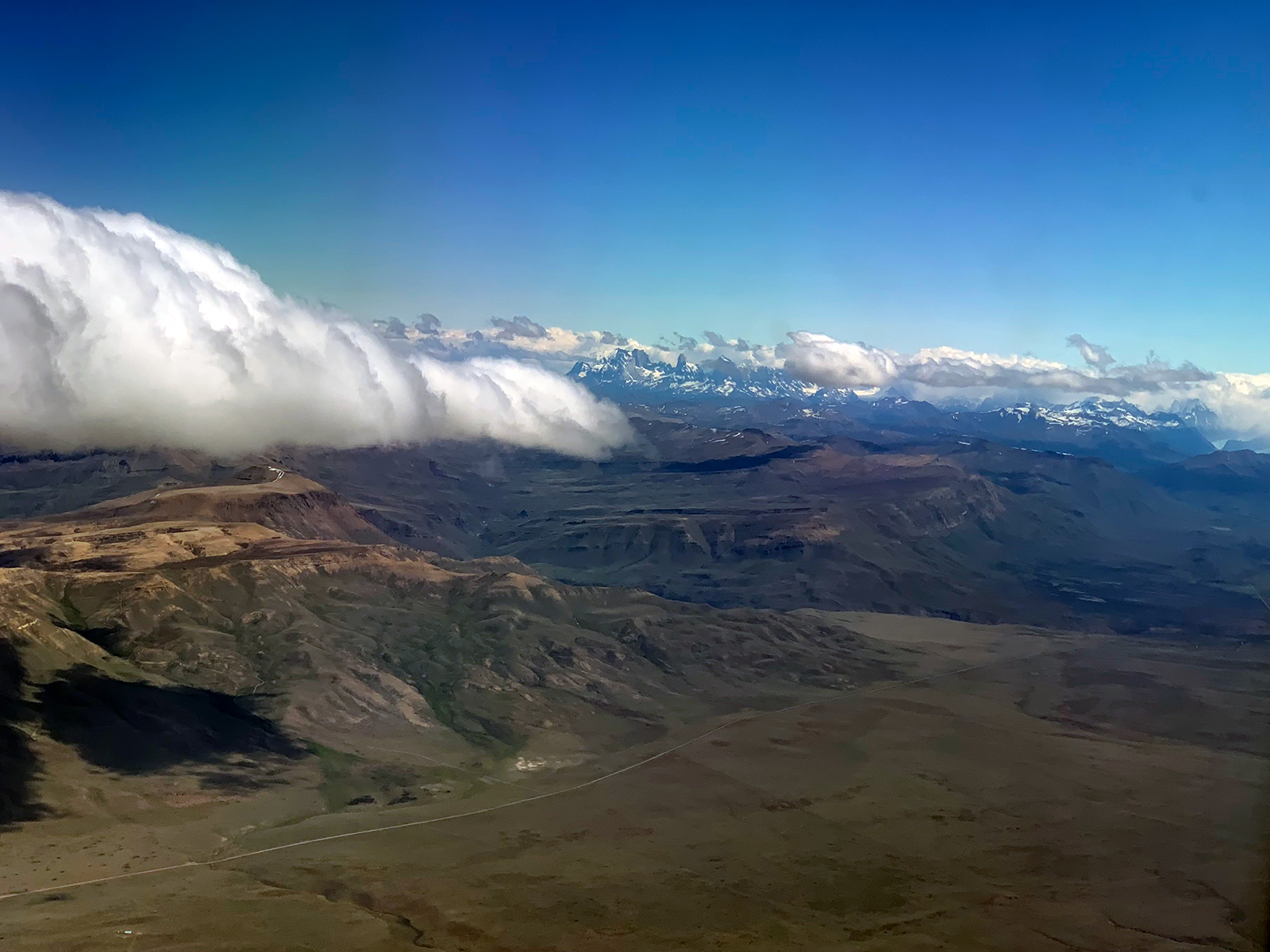 We walked through town and grabbed some dinner. There’s not actually much to see in Ushuaia; it’s a pretty typical port city that mostly caters to tourists. Although a surprising number of people (150,000) live there year-round. 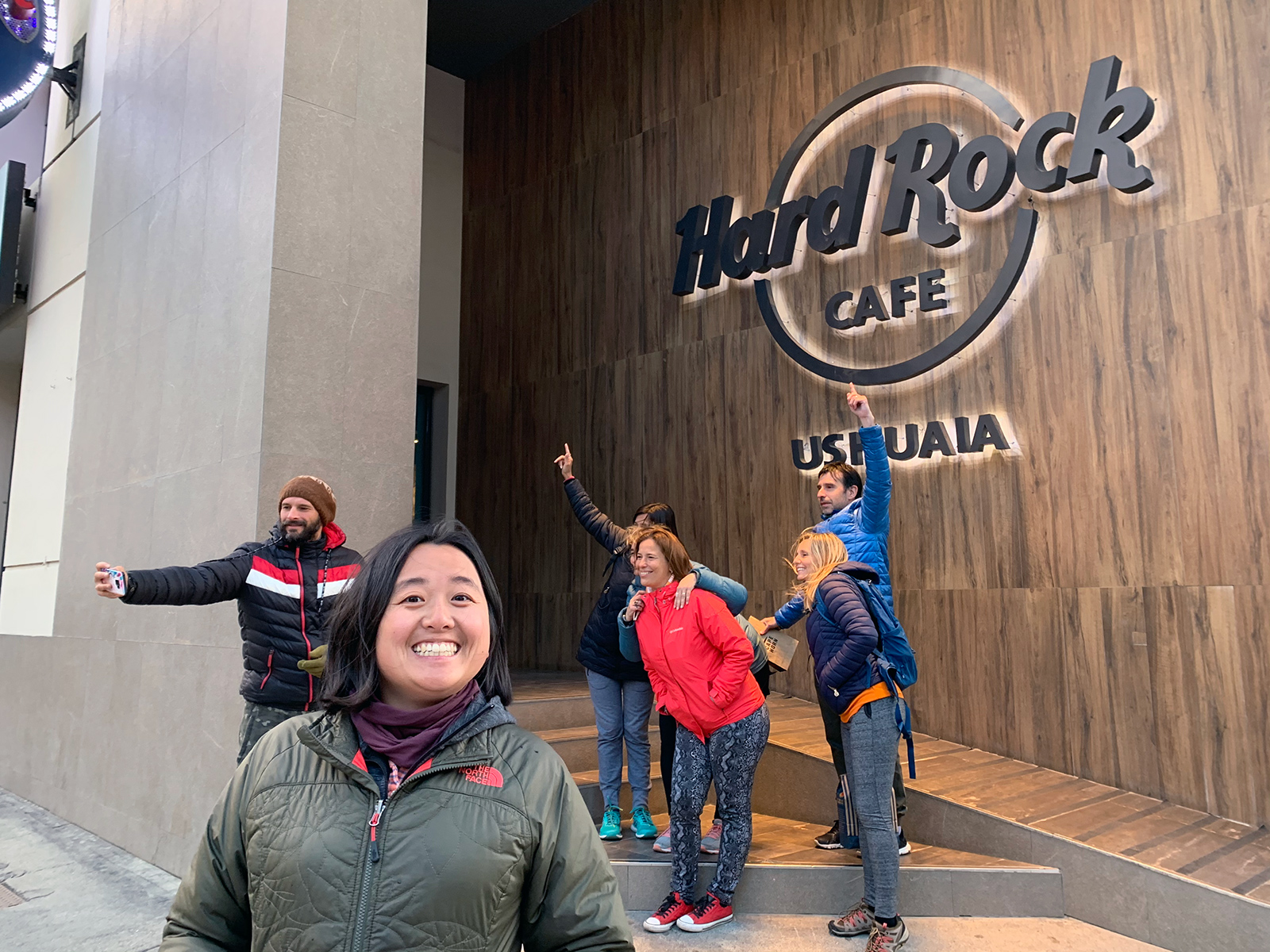 The local cuisine is high on seafood and meat, but generally low on quality. We ate at a decent upscale restaurant our first evening, and enjoyed the dishes with king crab.

On our first morning in Ushuaia, we decided to hike to a glacier just north of the city, Glacier El Martial. A woodsy trail took us through some mud and up to a ski resort closed for the season (it was just before summer). The muddy conditions and steep hills made this a surprisingly challenging hike, even after a few days trekking in El Chalten. But it wasn’t without beauty the entire way. 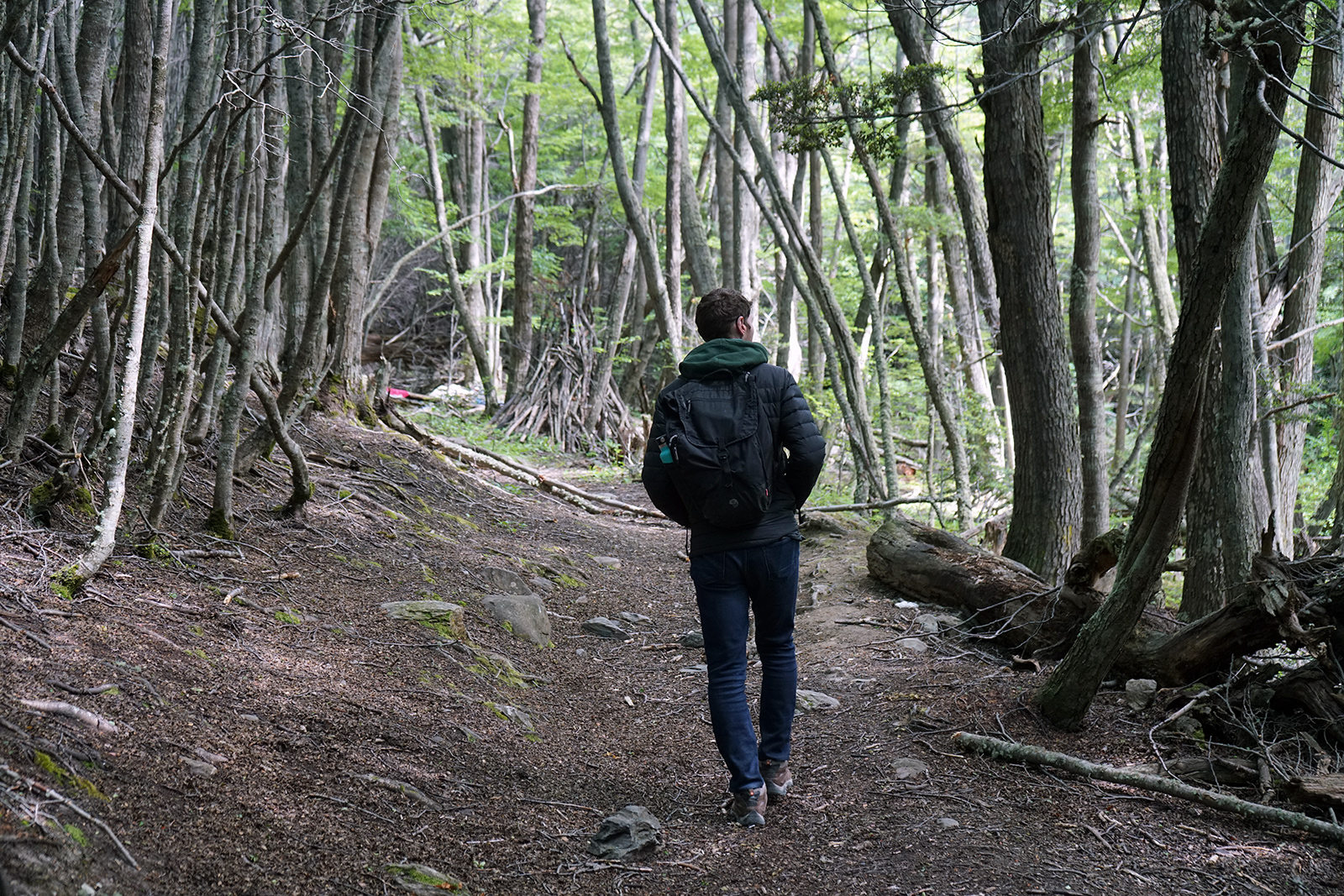 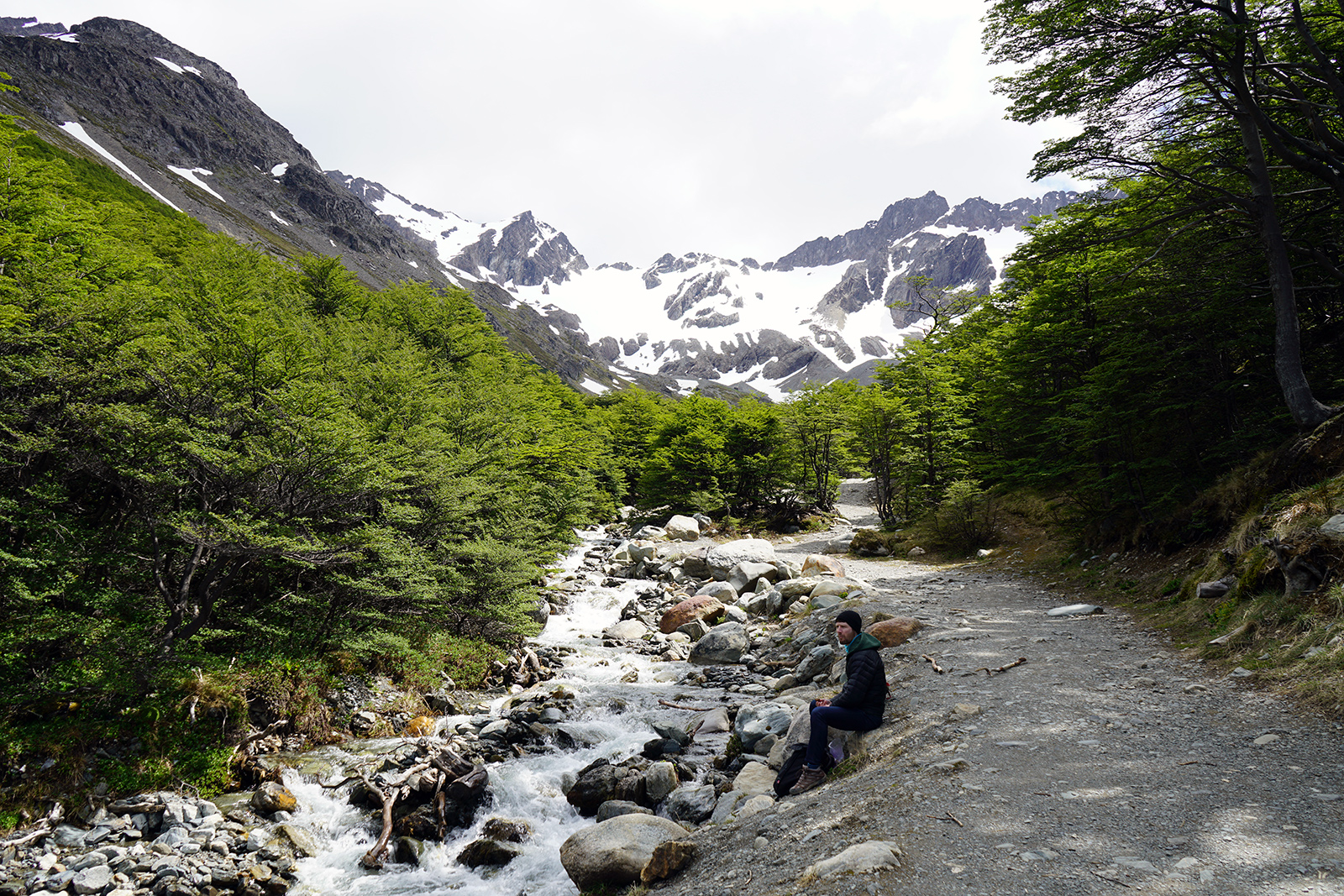 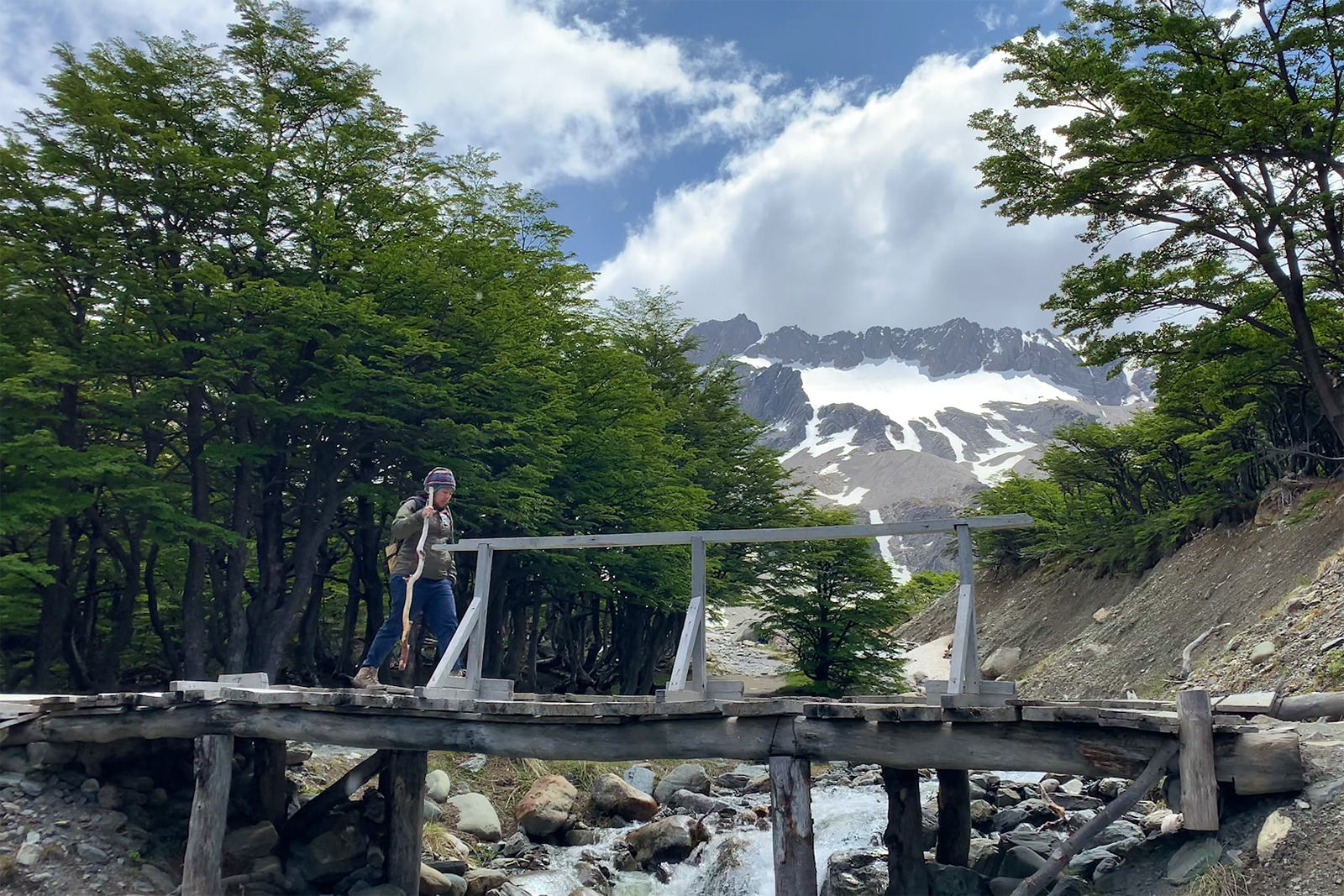 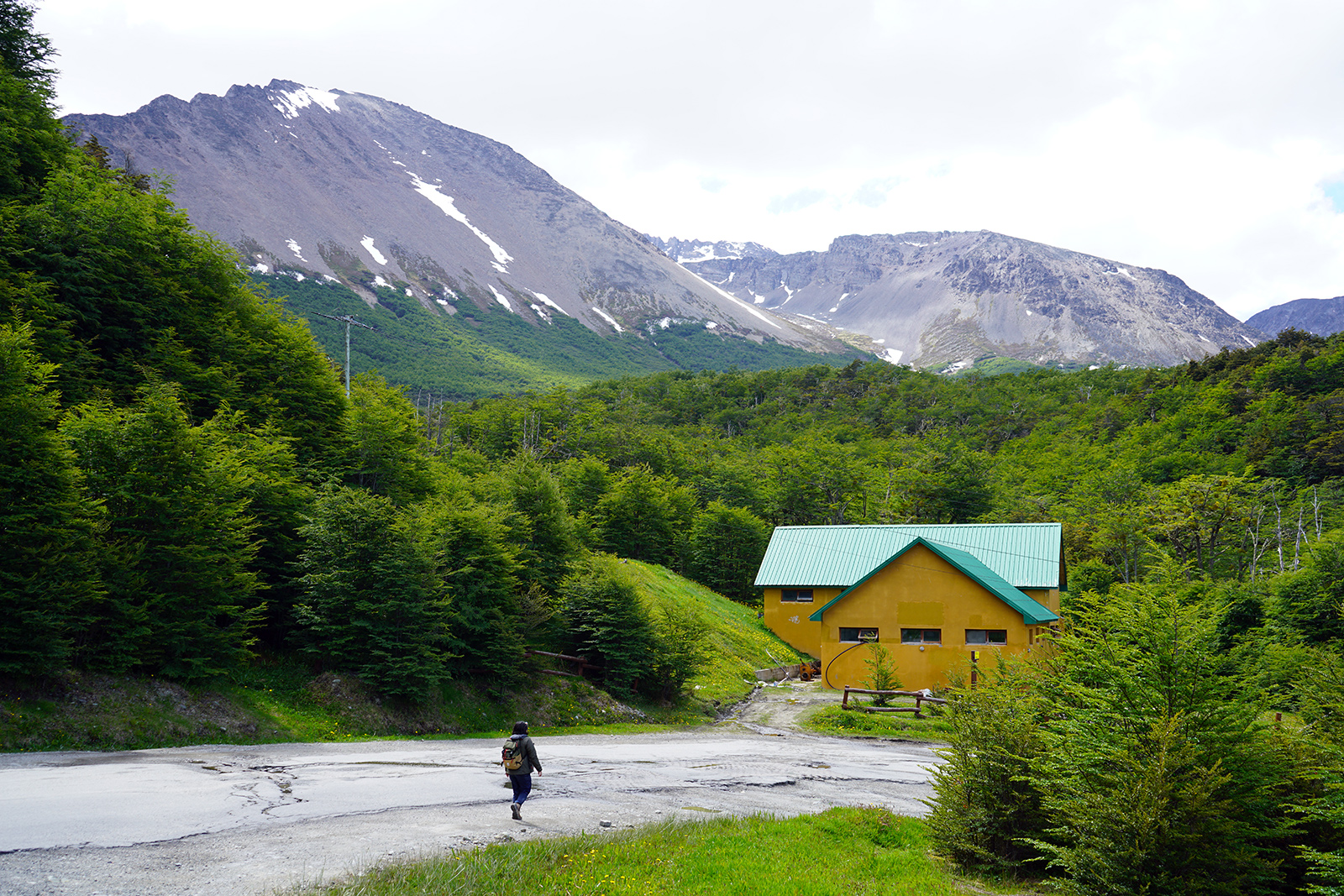 When we reached the ski resort, we paused to enjoy the lovely view of the city and bay, and to eat our lunch.

We continued to get a glimpse of the glacier. It wasn’t as impressive as Perito Moreno glacier, or the glaciers we saw in El Chalten, but was a decent payoff for the steep hike. 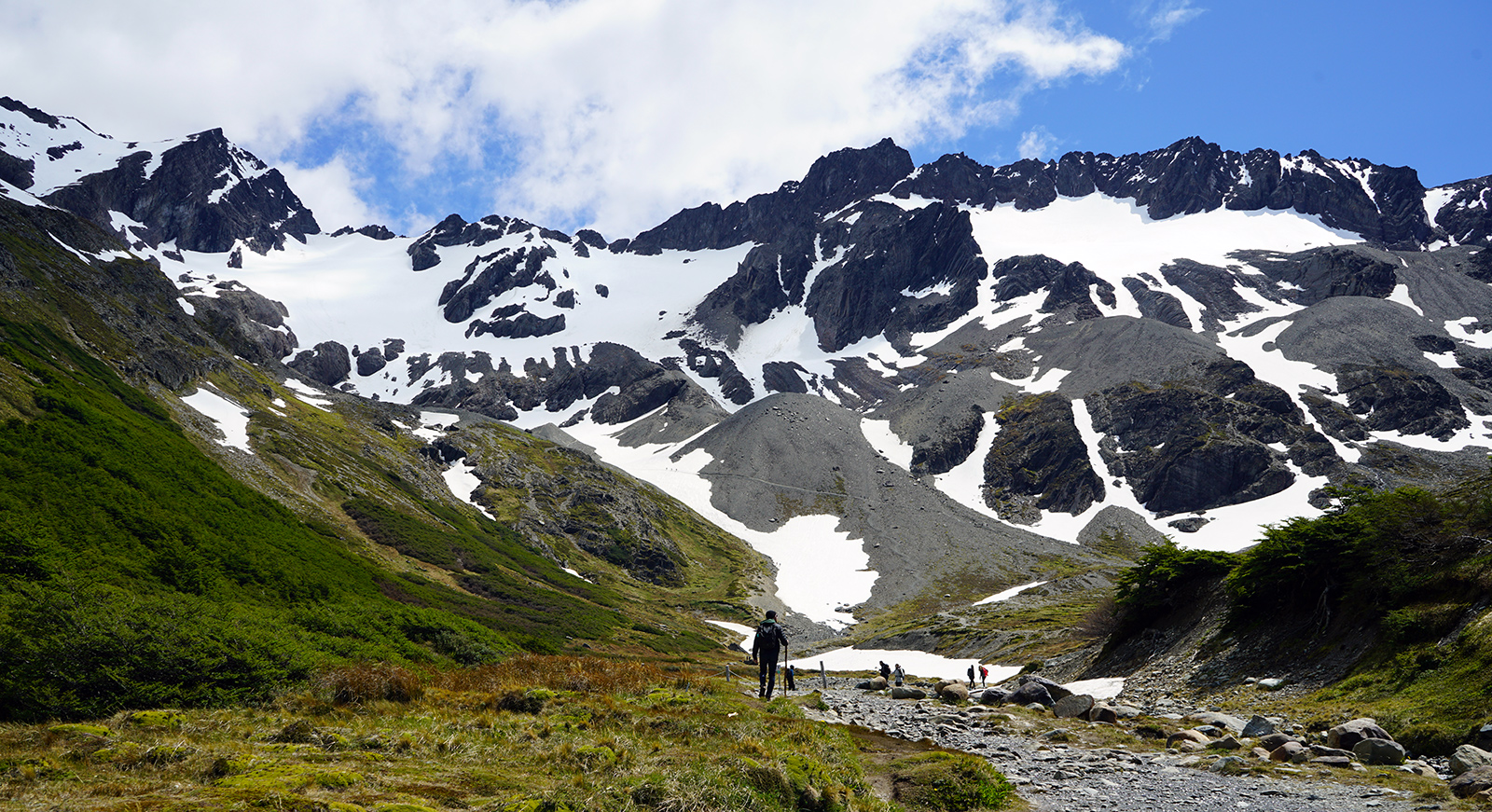 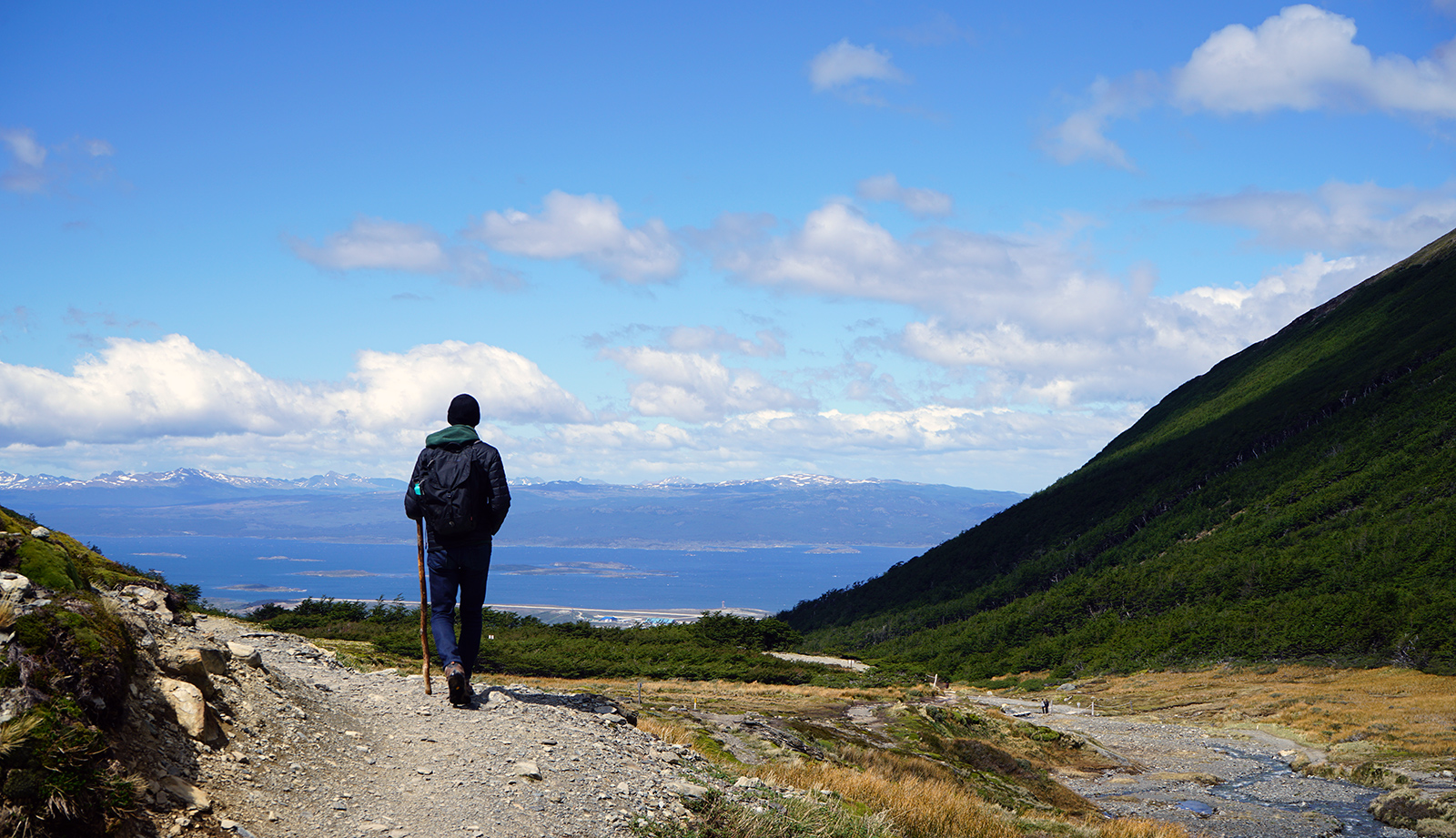 We stopped shy of going onto the glacier, as signage warned us of difficult conditions. After completing the “easy” hike to that point, we weren’t feeling up to the demands of “difficult,” so we returned to the scenic overlook and drank a beer. 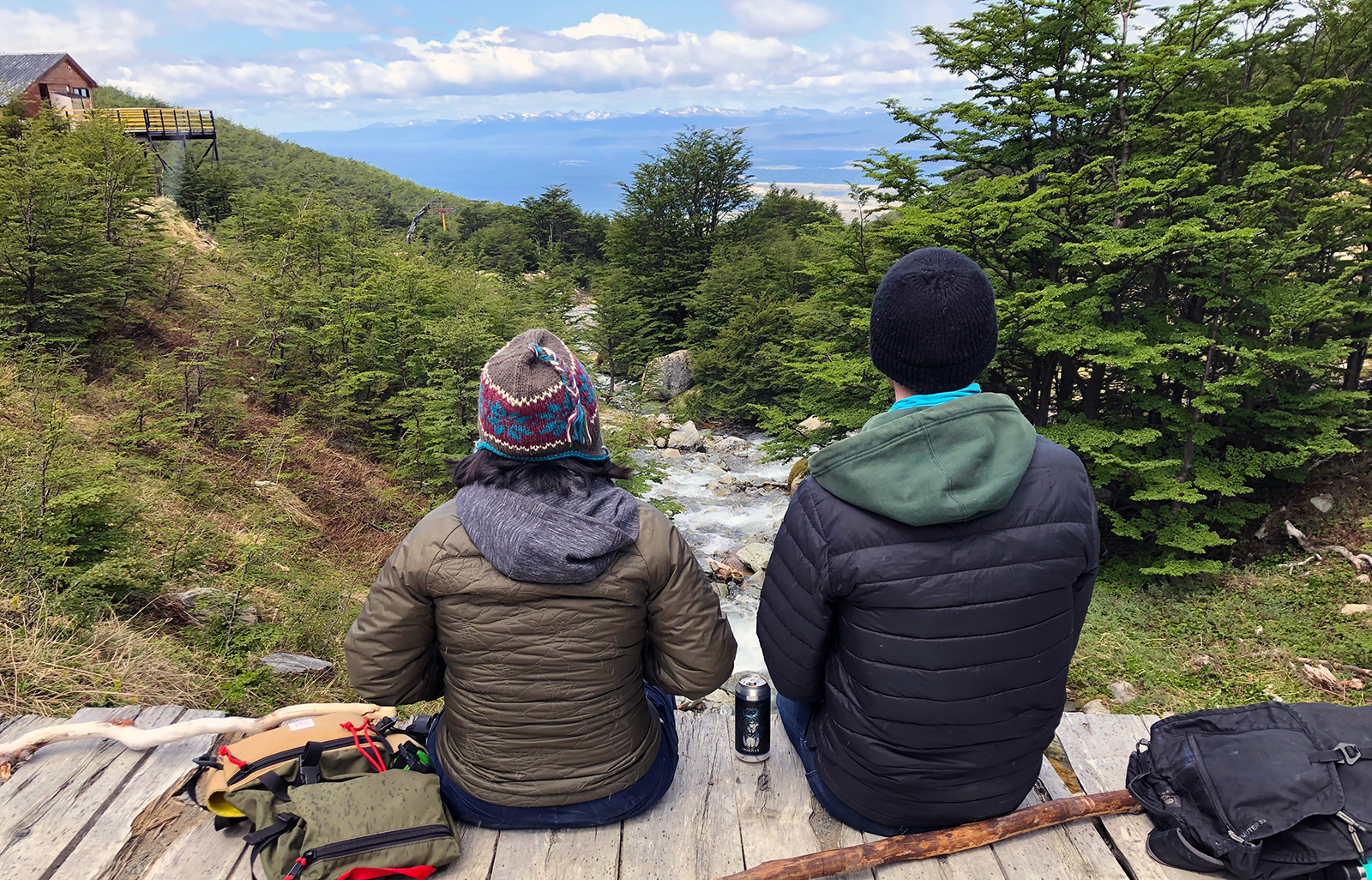 The following day, we took a guided trekking and canoeing excursion into Tierra del Fuego National Park. Patricio, our guide, was an Argentine from the north, who spoke amazing English, while our fellow trekkers were a Ukranian man from New York and a retired couple from Montreal. During the bus ride to the park, Patricio stood in the front of the bus and taught us facts about Tierra del Fuego and its history, interspersed with jokes about our driver’s height and jabs at Chile.

We trekked the Senda Costera trail, about 7km through the woods and along the cost of the Lapataia Bay. The hike was nice, nothing special compared to the awe-inspiring hikes in El Chalten, but beautiful and scenic. The water is crystal clear, the sky is the bluest blue typical in Patagonia, and the air smells alternately of pine forest and salt water. More than anything, the ever-present thought of being as far south as we would ever go, having reached some sort of milestone by seeing the end of the world, felt like a crescendo of our previous months of travel. 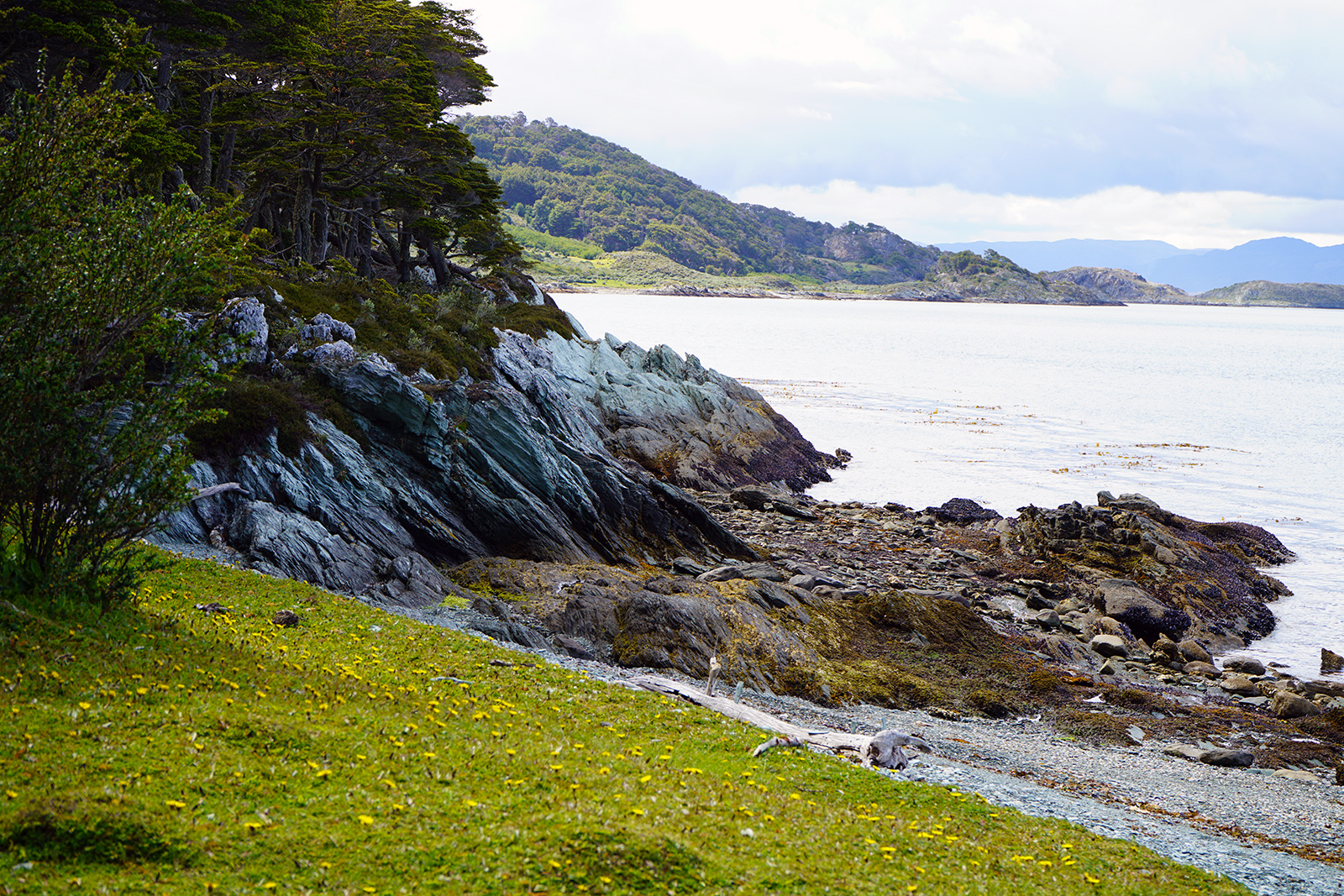 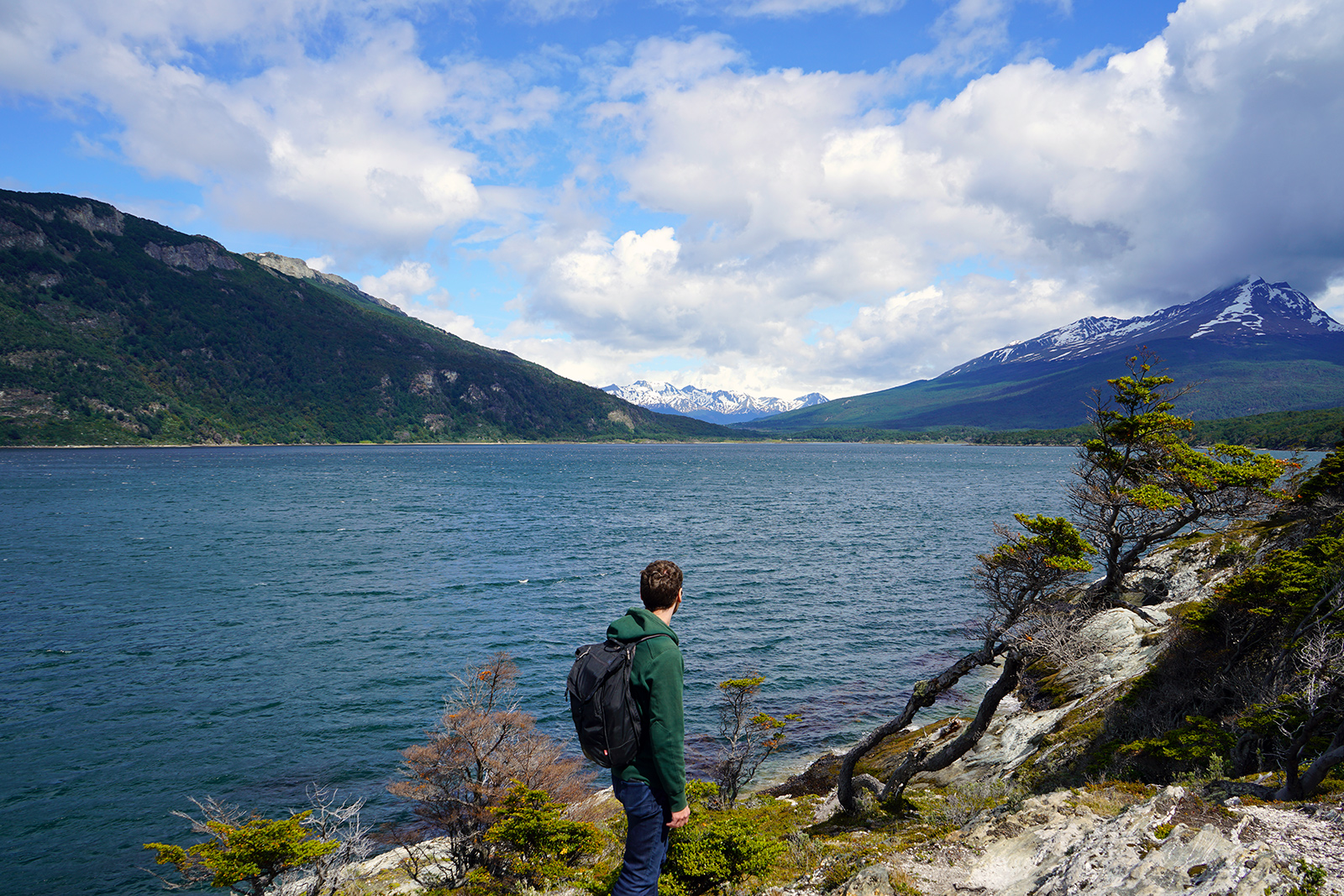 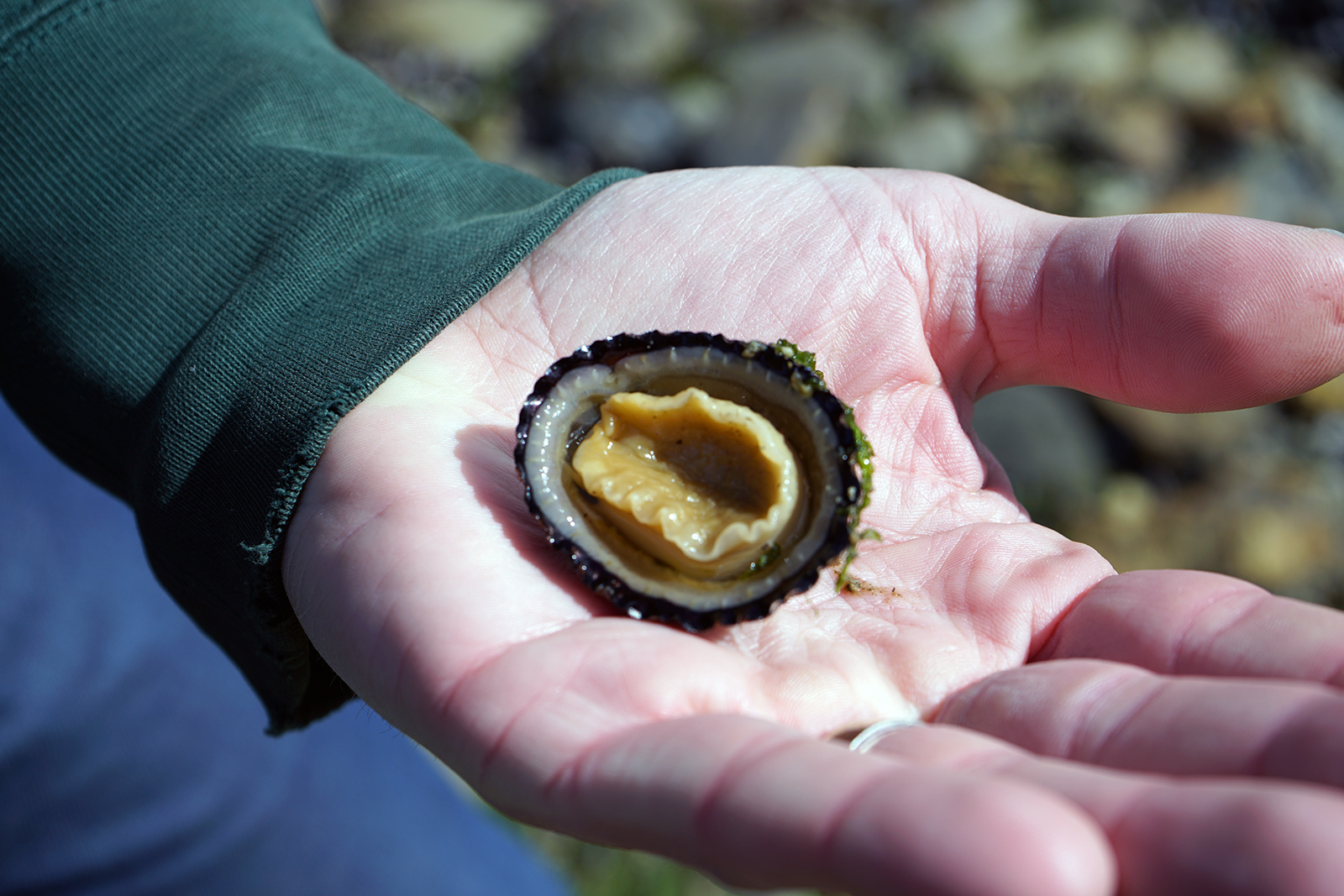 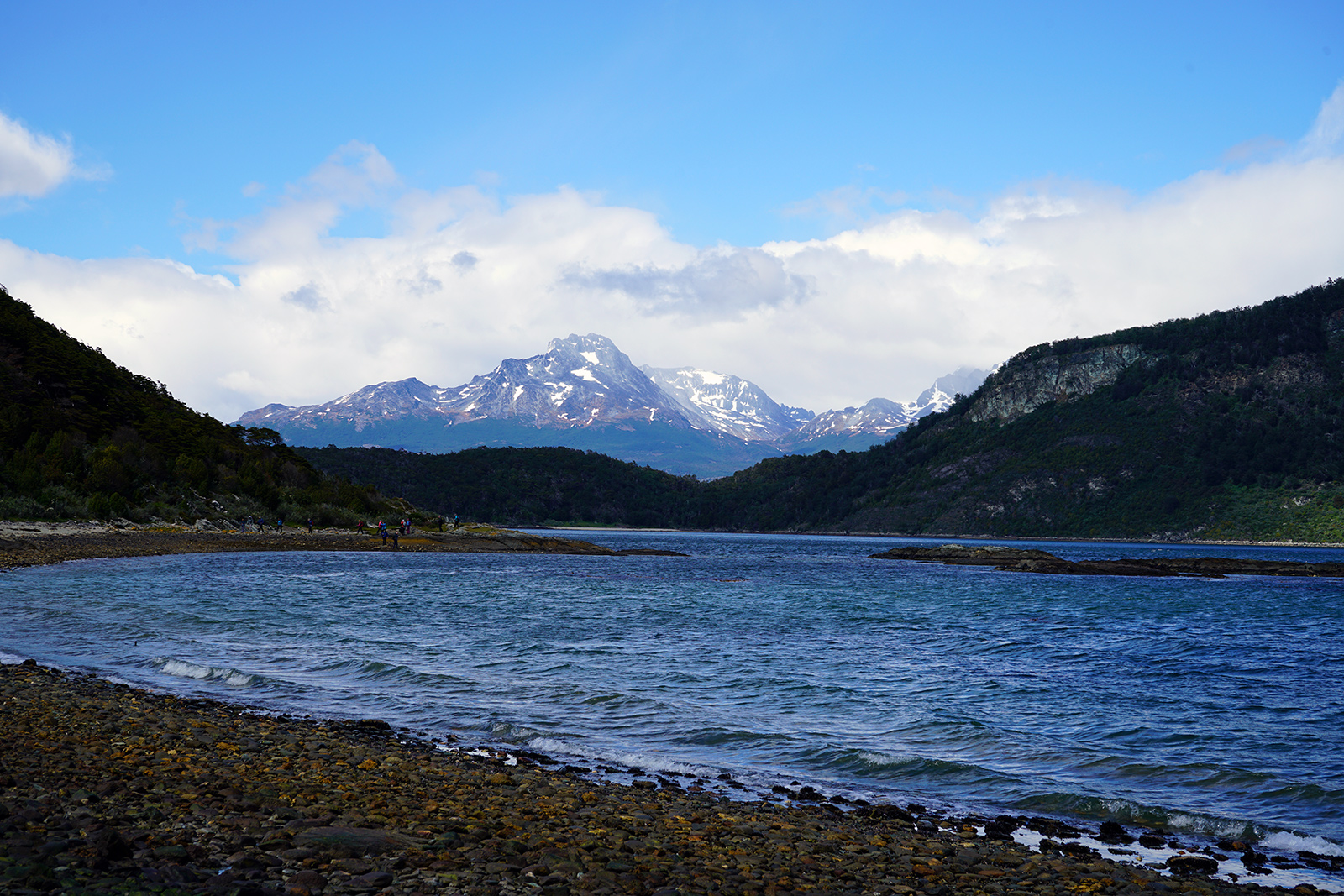 The most interesting part of the hike was seeing indigenous (Yamana) burial sites along the coast, nearly 5,000 years old. To the eye, they just look like mounds of grass and earth, but our guide informed us of what has been found in some excavated sites. It’s nice to know that some archaeological sites are being protected by the park service, as very little of the indigenous culture was preserved.

Unfortunately, we didn’t encounter any of the recent immigrants to Tierra del Fuego: beavers. In the 1970s, the government in Tierra del Fuego decided to import beavers to the island in order to cultivate a fur trade. This went terribly both economically and ecologically, as the fur industry experienced a serious downturn, and beavers began overpopulating the island and wreaking havoc on the streams and rivers. (Their other solution for correcting the beaver overpopulation problem was to import mosquitoes. What a choice.) There are actually excursions where you track, catch, and eat beaver. Sadly, we learned of this excursion too late to partake.

Instead, we enjoyed a lunch prepared by our driver (a man of many talents, regardless of his height), along with a couple bottles of wine, before setting out on a canoeing adventure. However, at the last minute, our Canadian comrades bailed to go look at penguins (ok, fine, penguins are amazing), so there would only be four of us paddling. Also, we had to wait for our driver to return from dropping off the Canadians.

After about an hour sitting by the river, drinking wine, Patricio got tired of waiting for our driver to return and said we were going to improvise. He told us he liked to break rules -- always a good sign when you’re getting into a boat with someone -- and he told us we would take a special route that technically we weren’t allowed to do, but that was just out of sight of the Visitors Center, so we probably wouldn’t get caught.

We put on our waders and got to work. 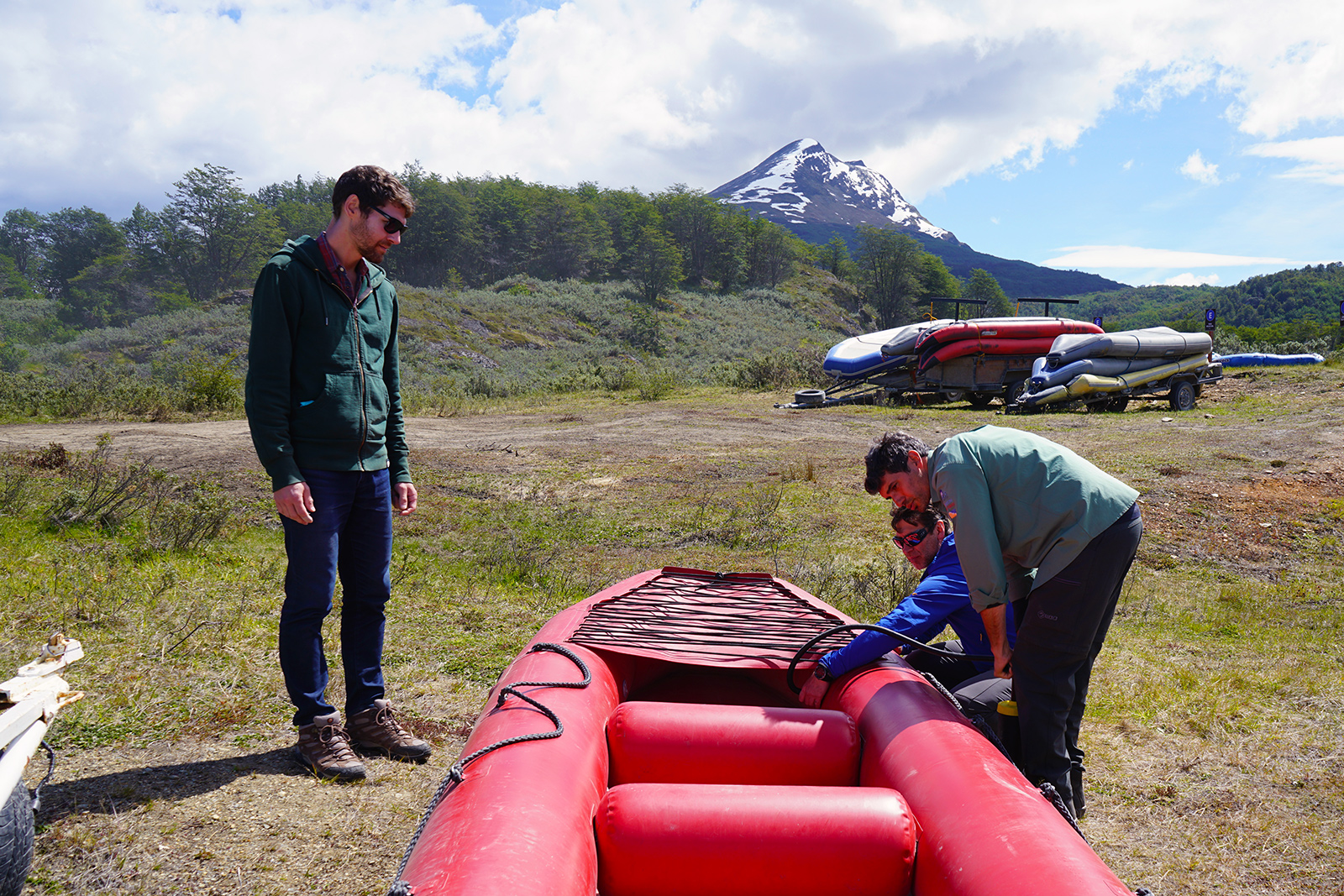 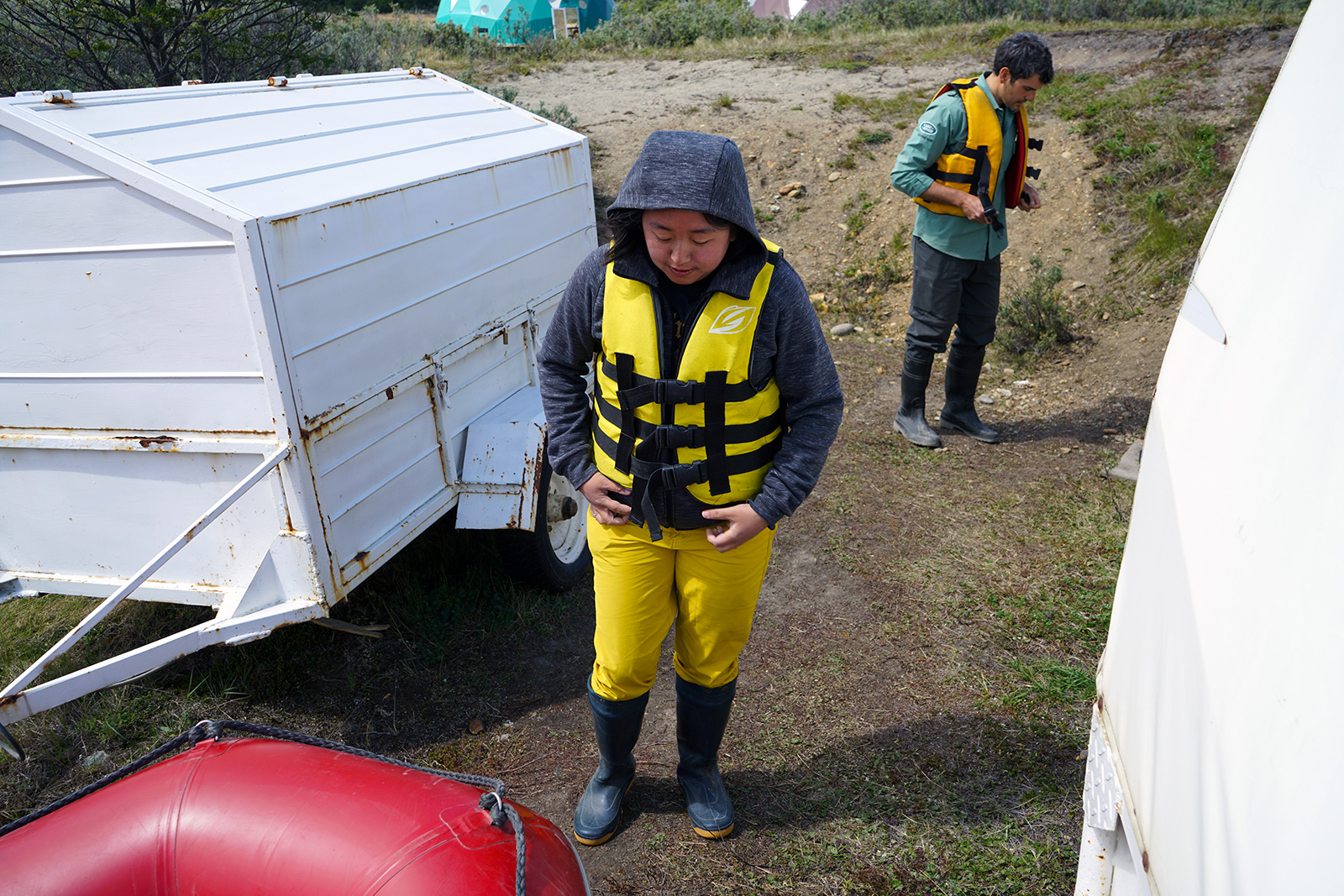 Our route followed the Lapataia River under a bridge we definitely weren’t allowed to go under, and out to the Lapataia Bay. We stopped every few minutes for a rest, which seemed like overkill at first. The water was calm, the sun was shining, the weather was just about perfect. 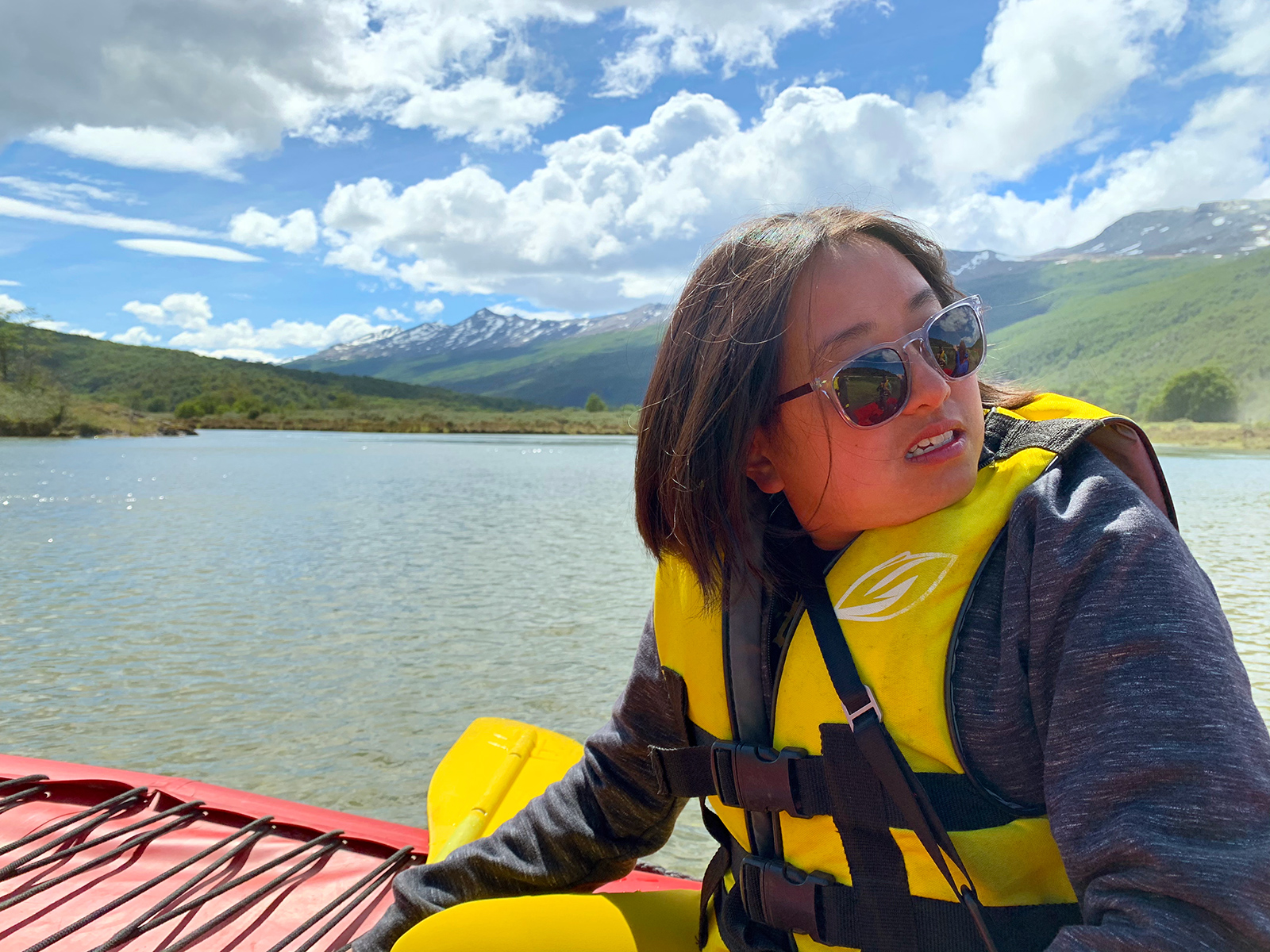 But then we entered the bay, and encountered the legendary Patagonian wind.

We did somehow manage to conquer the wind and make it to shore. Patricio the guide congratulated us and said we were an awesome team. Either he was right and we are surprisingly good at paddling, or he was doing most of the work and knows flattery leads to better tips.

Our canoeing adventure ended at the terminus of the Pan-American Highway (or the beginning?). We paused to take a picture and ponder whether we will one day see the opposite end. 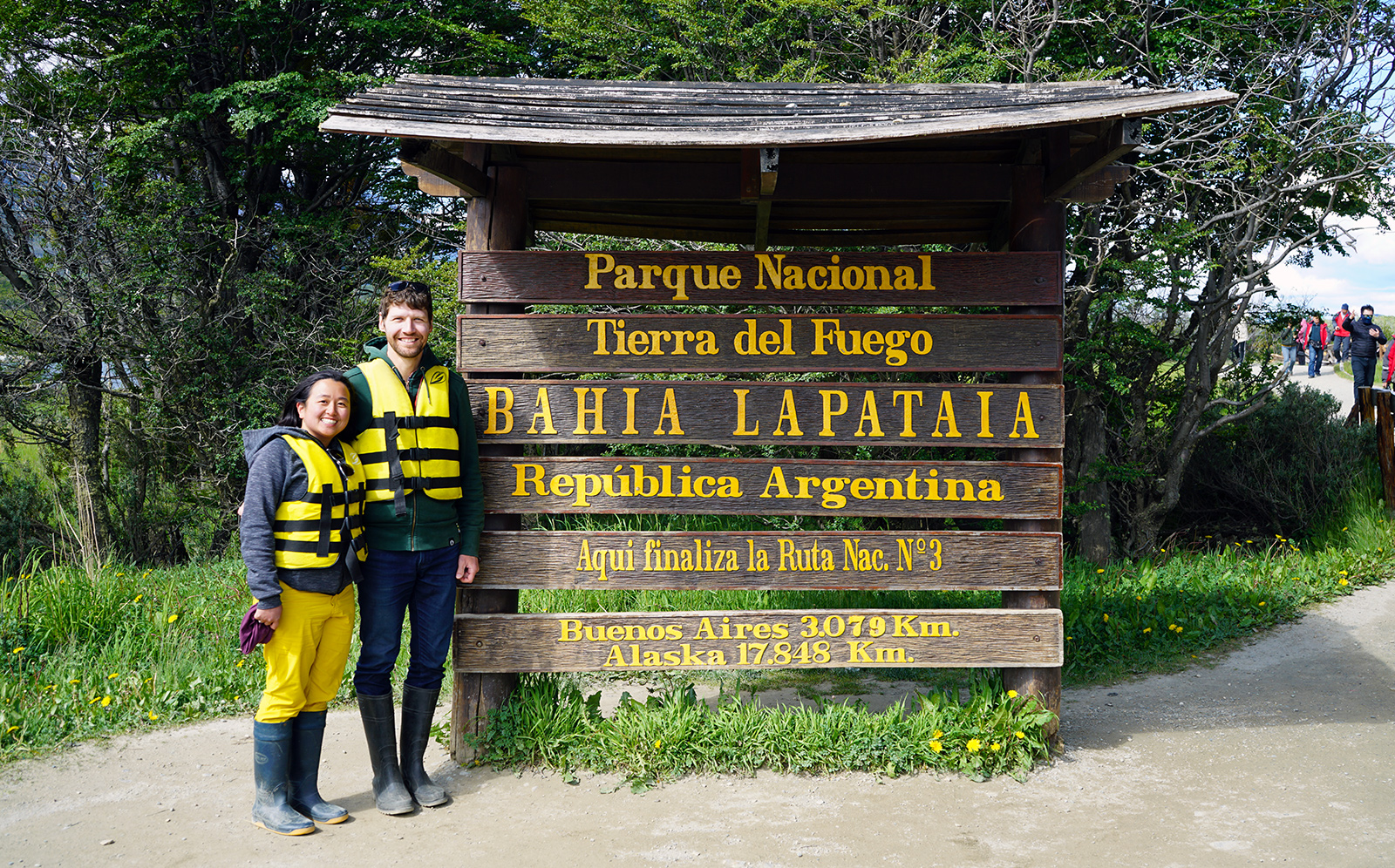 We awoke the final morning to a fresh coat of snow in the mountains as we headed to the airport. This made for a beautiful scene, and got us excited for Christmas, which we would ultimately celebrate in 95 degree heat in the jungle.

The airport was full of Jehovah’s Witnesses, who were sending off their comrades as they went through security with a nice little kumbaya-esque song about family. After hearing it no fewer than 10 times, we felt like family ourselves. This was but a preview of what awaited us in Buenos Aires...