We woke up even earlier the next day to mail the notarized document and beat the crowds. Brian was quite pleased to be rid of the notary public drama.

The other super famous hike at Zion is Angels Landing, a strenuous hike with some intense elevation gain and a second half that requires holding onto a chain while hiking along a sheer cliff. The hike begins with a series of switchbacks where you dodge all of the other hikers climbing a mountain for one Instagram shot. There were a few sections where the grade nears 20 degrees and it's almost entirely exposed, so depending on the time of day, it can get pretty hot. The views make up for some of the pain, but it's definitely taxing.

There is a bit of a plateau called Scout’s Lookout before you reach the portion with sheer dropoffs, and looking at the line of tourists climbing up to Angels Landing is a pretty daunting sight. However, even more daunting is that you're pulling yourself up many rocks and avoiding looking down at the canyon floor below, then rounding a corner thinking you’ve reached the top but realizing you’ve only actually gone about a third of the way.

Despite the reputation and some sections that require some concentration, from a physical exertion perspective it was not so bad. Since so many people try to climb Angels Landing and the path is extremely narrow there is a lot of starting and stopping to let either the people going up pass by or the people coming down pass by. Also the views all the way to the top are beautiful and everyone who is coming down from the top encourages you by telling you that it is all worth it. And it is. There's really nothing like the view at the summit. We stayed quite a while at the summit, enjoying a picnic lunch, shooing away hungry chipmunks, and taking our own epic photos of the park below.

Before you decide "this isn't for me," keep in mind that we encountered an 89-year-old Japanese man at the summit. He made it all the way with a walking stick. We’re still not quite sure how he got down since climbing down was definitely more difficult but what an inspiration to us all, that the right time for adventure is now.

We took very few photos while descending down the steep part of angels Landing because it was much scarier to be climbing down towards the huge dropoffs. But once we cleared that portion we took our time returning to the trailhead and took many photos. 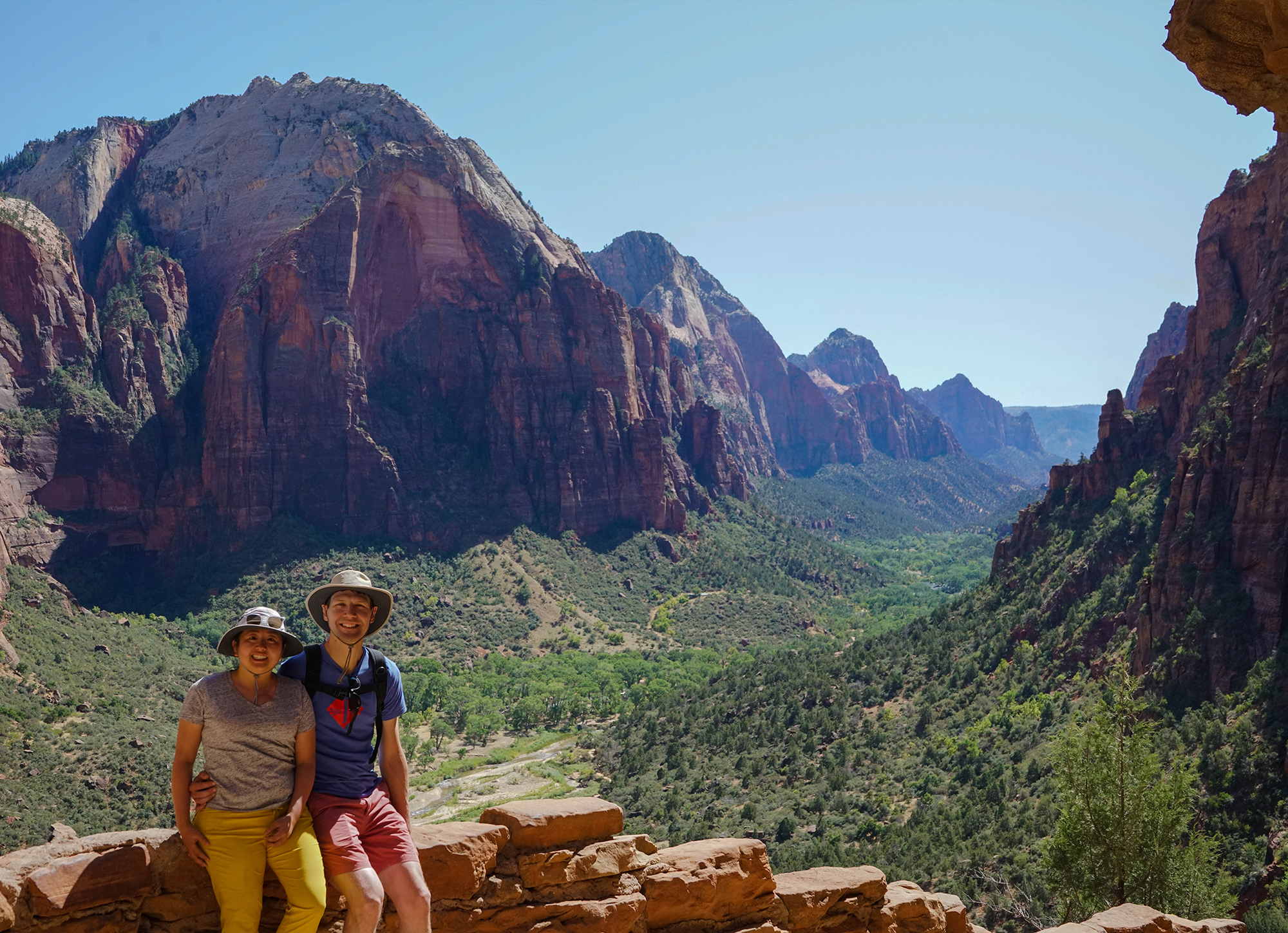 One final shuttle ride back to our car, a pit stop for some sturdier tent stakes, and then we were off to Bryce Canyon. It felt like we had spent so much time exploring Zion but it turns out that the shuttle route and two epic hikes were just located in a small portion of the park. The drive out of Zion to the north had a different sort of beauty and its own adventures in store. We'll cover more of that next time.

Zion is an enormous park, including a significant portion of wildnerness that requires back country permits to explore. Consider that on our list for next time - after the amazing bits we were able to see, we're definitely interested in going back to see even more, and with fewer crowds.